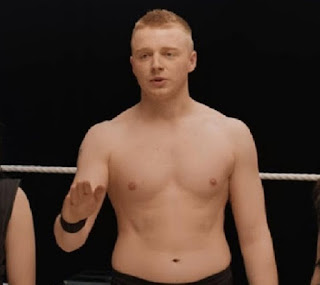 The Tunnel: On the border between France and Britain in the trans-channel tunnel, a woman's body is discovered.  Why is it always a woman's body?  Do they think that women are especially weak and fragile, permanent victims -- she must have been murdered?  Whereas men are aggressive, assertive, powerful -- 'he must be a gangster or a drug dealer."

I'll bet that a by-the-books woman and a loose-cannon man are assigned to the case, bicker-flirt, and finally fall in love.  The oldest heterosexist cliche in the book.  But there's something about a "surreal discovery," so this will be science fiction; it stars Stephen Dillane, who is quite ugly but has played gay characters on American Horror Story; and it reminds me of Time Tunnel, one of my childhood favorites, so I'm in.

Scene 1:  Calais entrance of the Eurotunnel.  A grunting maintenance worker comes across the body of Member of Parliament Marie Villeneuve literally straddling the border, sliced neatly in half, with her top half in France and bottom half in Britain. And hollowed out, so there is no blood or internal organs.

Cops arrive.  The snarky British cop, Karl (Stephen Dillane),  tries to flirt with the French cop, Elise, to get control of the investigation, but she won't budge: the head is in France, so it will be a French investigation.

Scene 2: The Dover entrance, night. A rich lady named Charlotte rushes to a pay phone and calls someone named Alain: the pilot has been notified,  the departure permits for the Bahamas are ready, and Nicholas will sell the gold.

Meanwhile, Elise is watching the last public speech by Marie Villeneuve, an anti-immigrant, pro-isolation alt-right pundit -- less than 24 hours before she was killed, disemboweled, and placed on the England-France border.  Obviously a political statement, but by whom?  You can't get in the maintenance tunnel without an id.

Scene 3: Establishing that Karl the British cop is heterosexual: he drives home, smiles at his sleeping preteen daughters, yells at his teenage son (Jack Lowden top photo), and gets lovey-dovey with his wife.  So why was he flirting with Elise before?  Does he flirt with every woman?

Scene 4:  Elise visits the coroner.  Marie was suffocated, and cut in half after her death.  The legs belong to someone else -- a Welsh woman, frozen for about six months while the killer was waiting...for Marie?

Scene 5: A new character, Stephen (Joseph Mawle), eating dinner in a take-out place.  Veronica joins him.  They have denied her asylum claim, but she can't go back to Colombia, or she'll be murdered.  Stephen runs a charity that helps immigrants, and offers her a short-term stay in a hostel.

Meanwhile, Elise is still working at 5:00 am.  She calls Karl the British cop to demand that he compile a list of missing British women with Welsh flag tattoos -- now. 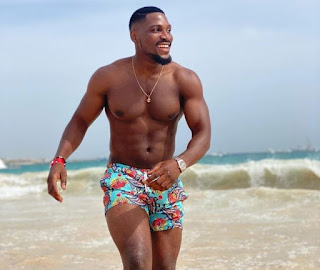 Scene 6: Karl and his assistant (Tobe Bakari) looking through missing person reports. They find a prospect for the bottom half -- Gemma Kirwan from Cardiff, Wales, missing seven months.

Meanwhile, Elise's team discovers that the last person to see Marie alive was her research assistant. He flew to Marseilles right after their meeting, but he's coming back today. 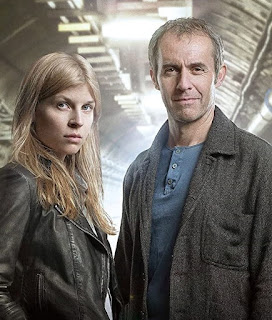 Scene 7:  A female cop interrogates the researcher, Philippe (Cedric Vieilla).  He says that he flew to Marseilles to visit his girlfriend.

Wait -- it's not the researcher.  It's just another cop bragging about how his girlfriend in Marseilles is good at sex.

What idiot designed this scene?  "The researcher flew to Marseilles."  Shift to a new character saying "My girlfriend is from Marseilles."  Either the writers are really stupid, or they are deliberately trying to confuse the viewer.

That's such a bizarre bit of misdirection that I'm tempted to give this show a miss right now.  But I want to see how often the audience is deliberately deceived.

Scene 8: Stephen, the guy who runs a charity that helps immigrants, goes home.  A woman is taking a shower and singing in Spanish.  Did he let Veronica stay with him?  That's hardly appropriate.