"The Jane Austin Book Club": Worth Including in Pride Month? 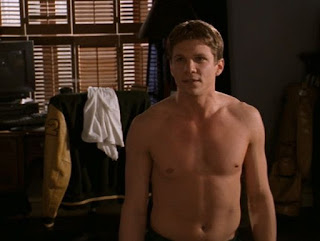 The LGBTQ PRIDE section on Amazon Prime included The Jane Austin Book Club, but the trailer just shows a lot of men and women kissing, so I checked out a plot synopsis to see what Amazon thinks makes this movie gay.

The premise: Monthly meetings of a book club devoted to Jane Austin's novels.  Or... here's a thought...you could turn off the computer and pick up a book.  The members are all ladies, except for a man railroaded in to become a love interest.

1. Bernadette, multiple divorcee "of a certain age," ends up getting married and divorced again. 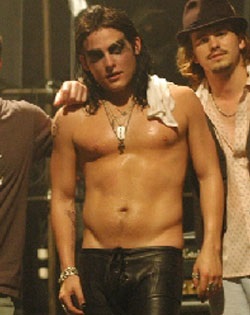 2. Prudie, young high school French teacher and "prude," who dislikes her husband Dean: Marc Blucas, top photo, best known as Riley in Buffy the Vampire Slayer.  Back in the day, there were rumors that he was gay.  I see that he's married to someone named Ryan; maybe a boy, or maybe a girl with a boy's name.  I'm not going to bother checking.

Prudie is also attracted to one of her students, Trey (1990s teen idol Kevin Zegers).  She decides to skip the jail bait and stick it out with hubbie. 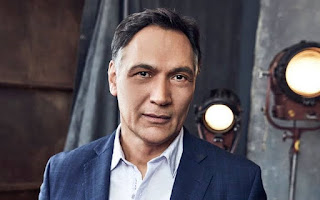 3. Sylvia,  middle-aged librarian separated from her husband Daniel: 1980s hunk Jimmy Smits, who starred in L.A. Law and got his shirt ripped off in some action-adventure movies.

They, of course, reconcile with a little help from Jane Austin. He even joins the book club -- except by that time they've read all of six of the novels.  Better switch to Charles Dickens, who wrote around 20 (depending on how you count them).

4. Jocelyn, single,  invited Grigg (#6) so he would hook up with Sylvia, but ends up being attracted to him instead, but denies her feelings until the end of the movie. Well, why wouldn't she just date Grigg in the first place?

5. Allegra, a lesbian.  Aha, she makes this a gay movie!  She gets upset because her girlfriend Corinne is writing stories based on her life (not at all like Jane Austin), and dumps her for somebody else.  Aww, everyone stays with their partners except for the lesbian, but I guess in 2007 just having a lesbian character was significant. 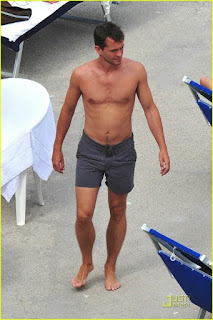 6. Grigg: Hugh Darcy.  Whoops, I mean Dancy.  But wouldn't that have been a cool casting call? (Mr. Darcy is a main character in Pride and Prejudice).

A science fiction  fan, he hopes to convince the ladies to make the switch from Jane Austin to Ursula K. Leguin.  He apparently doesn't realize that there have been some science fiction novels written since The Left Hand of Darkness (1969).  He also shows up with a gigantic leatherbound copy of a Jane Austin novel, apparently not realizing that paperback versions are plentiful.

My verdict: One LGBTQ story out of six does not make for a movie about LGBTQ lives.  Five out of six, ok.  Maybe four out of six.  But not one of six.

But at least I got to reunite with some of the hunks of my past, and the plot synopsis has me interested in picking up Pride and Prejudice again.  I have a paperback copy.