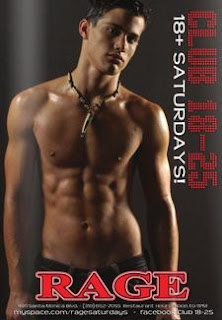 When I was livingin West Hollywood,  Saturday night meant picking up tangerine chicken to eat on tv trays while watching Throb, Mama's Family and The Golden Girls, then heading out to the bars.

The Golden Girls' theme song "Thank You for Being a Friend" still brings back memories of those Saturday nights of lights and music, checking out the musclemen, searching for Mr. Right (or Mr. Right Now), and schmoozing with friends. 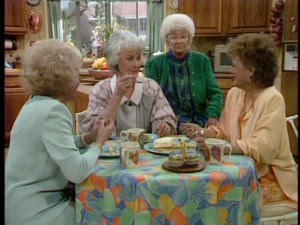 It featured four senior citizens who live together in a Miami:

2. Dimwitted Rose (Betty White), who is from St. Olaf, Minnesota.

The real Miami is 70% Hispanic, but not on The Golden Girls:  it was exclusively white, exclusively affluent, and a small town where everybody knows everybody. 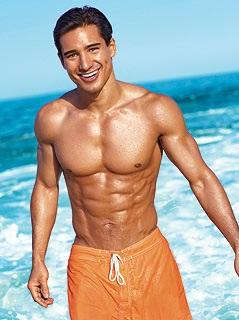 The Girls were all played by gay-friendly actresses; Bea Arthur often spoke out against homophobia, and Betty White is a tireless supporter of gay marriage.

But the show itself could be quite homophobic:

1. Blanche is shocked to discover that her brother is "a homo."

2. Blanche cannot restrain her disgust at a feminine caterer: "you're about to fly right out of here, aren't you?" she asks, alluding to the stereotype of gay men as "fairies."

3. A female visitor develops a crush on Rose, who has no idea what lesbians are.  When she finds out, she is shocked and horrified.

There was little beefcake.  Though the Girls were sexually voracious -- jokes mostly involved sex -- the men they slept with were older, and fully clothed.


Occasionally there was a hot guest star for the gay teens, such as as Mario Lopez (later photo) as one of Dorothy's students, Scott Jacoby as Dorothy's son, or Billy Jacoby (below) as Blanche's grandson. 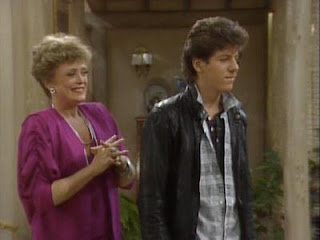 Why, then, was this homophobic, beefcake-free show a gay favorite?

The recurring scene where the Girls sit around their kitchen table, eating cheesecake and schmoozing.

The men in their lives came and went, but their same-sex friendship was eternal.

Like the subtext songs of the 1980s, an image of connection, of the families you build for yourself.
Posted by Boomer