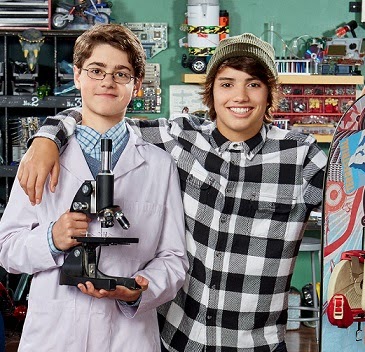 Nickelodeon has always been very good at gay-subtext teencoms, from Salute Your Shorts in the 1990s to Ned's Declassified School Survival Guide in the 2000s to the contemporary Henry Danger.

Max & Shred, which premiered a few days ago, is a reprise of Drake and Josh, which in turn was a reprise of The Odd Couple: two guys with opposing personalities are forced to live together.

Here it's celebrity snowboarder Max (Jonny Gray, right), cool, athletic, a teen operator in the mold of Drake, who moves to Blizzard Springs, Colorado to train for a snowboarding event, and must room with science nerd Shred (Jake Goodman, left), Josh without the extra weight.

There's also a mad scientist girl-next-door who climbs in through the window, a sister who is older and popular, a couple of parents, and the usual friends, jocks, bullies, and science nerds at school. 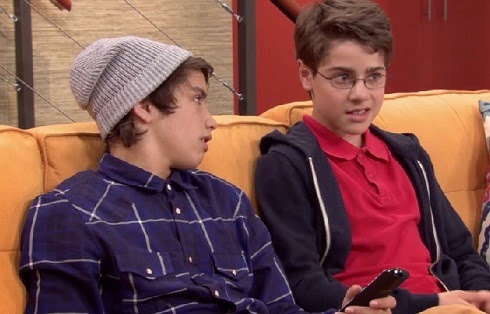 Max and Shred have the same physicality as Drake and Josh -- their hands are all over each other all the time.  And Shred draws has a pleasant non-gendered transgression.  But the show seems to be trying to avoid the gay-subtext-filled Drake and Josh.  Their hetero-mania is established through drools and double-takes, and in the second episode, they both fall in love with the same girl. 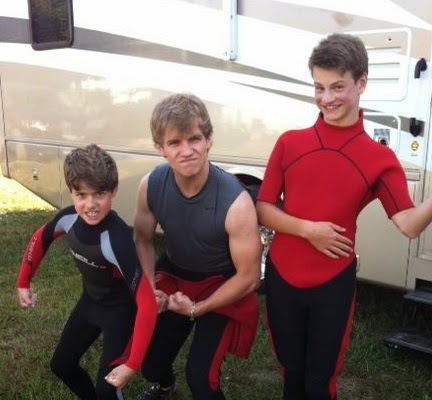 Jonny Gray is a relative newcomer, with only a few credits on the Imdb, but Jake Goodman has appeared in 18 projects, including a starring role in the Canadian teencom Life with Boys (left, with "brothers" Nathan McLeod and Michael Murphy).

Homophobic Moments in Music: It's a Man's World 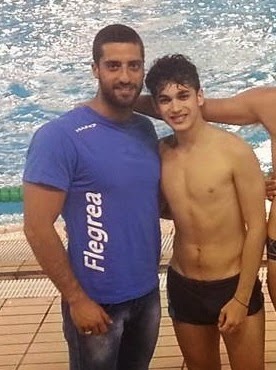 From parents, teachers, Sunday school teachers, bosses, neighbors, and friends:
"Is there any girl in school that you like?"
"That girl is cute -- why don't you ask her out?"
"You'd have a girlfriend if you weren't so picky!"

From friends, classmates, bullies, jocks, and strangers on the street:
"Doesn't that girl have large breasts - why don't you ask her out?"
"Which actress on tv would you like to have sex with?"
"How many girls did you have sex with last night?"

So the last thing I needed during my senior year in high school was the most uber-heterosexist song on Earth. 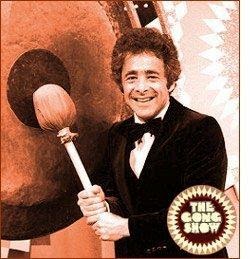 During Homecoming, the orchestra had to play for the Gong Show, an adaption of the popular game show where singers could perform for a panel of judges until they were "gonged" off.  The one who made it through the entire performance without a "gong" was the winner.

Some dinosaur numbers that got quickly gonged: "Blue Suede Shoes," "My Boyfriend's Back," "Luck be a Lady Tonight."

A duet, "Anything You Can Do, I Can Do Better," from last spring's musical, Annie Get Your Gun.

"Voi che sapete," an aria from The Marriage of Figaro, got gonged after just a few bars. 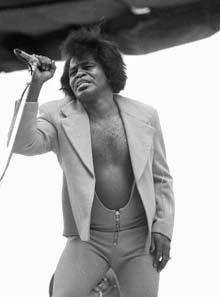 The song that won: "It's a Man's Man's Man's World," originally recorded by James Brown, the flamboyantly feminine but apparently heterosexual "Godfather of Soul" (1933-2006).  It's a heavy-beated, immensely sexist number about how men are in charge of everything:

Great, just what I needed to hear.

Things haven't changed much since the 1970s.  Recently the song was played over a gay male couple who appeared on So You Think You Could Dance, to emphasize the producers' belief that same-sex relationships were worthless, "lost in bitterness."  The judge suggested that they try being with women: "Who knows, you might like it."

See also: So You Think You Can Dance; and 12 Songs I Hate.
Posted by Boomer No comments: 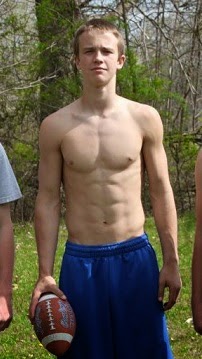 Plus we had to sit through three services per week, on Wednesday evening and twice on Sunday, and they were all the same: tedious hymns from Victorian times, 45 minutes of the Preacher pacing and screaming and literally pounding his Bible, and then an endless exhortation to come down to the altar and "get raht with God."

We usually skipped the Wednesday service, and I didn't mind Sunday morning so much; the service ended at 12:00 sharp, and there was nothing good on tv anyway.  But Sunday night services had no limits -- they could go on for two hours or more, with a tv paradise back home: Voyage to the Bottom of the Sea, It's About Time, Flipper, Land of the Giants, The Young Rebels, Hogan's Heroes...

How to get out of going to church on Sunday night?  When I was in grade school, I tried four tactics:

No.  Nazarenes were forbidden from working on Sunday, including homework. 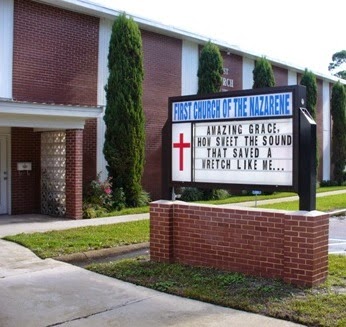 Stomach aches were foolproof...there was no way to prove that you didn't have one, and you weren't necessarily sick. Maybe you just ate something that disagreed with you.

That worked once.  But my parents picked up pie and ice cream on the way home, and some jello for me.  Nazarenes weren't supposed to buy things on Sunday, but...

4. "Bill invited me over for a sleepover.  I can go to his church."

Nope.  Bill was a Presbyterian, and Nazarenes couldn't set foot in a "liberal so-called church."

When I started seventh grade at Washington Junior High, my parents began to watch me carefully, searching for any sign that I had "discovered" girls and thereby become a man.  Did I hang out with girls?  Did I mention any girls, even in passing?  Did I sign up for a mostly-girl club?  Did I notice an actress on tv?

Notice an actress on tv! 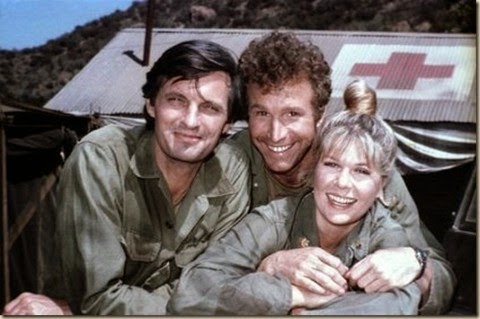 The biggest buzz in the 1972-73 tv season was M*A*S*H, a comedy-drama about doctors sexually harassing nurses and getting drunk during the Korean War.  TV Guide was particularly ecstatic over the sexually promiscuous Hot Lips Houlihan, played by Loretta Swit (right).

I didn't even have to mention Hot Lips Houlihan.  My parents nudged each other, beaming with pride, and joyfully gave me permission to stay home.


Turns out that I hated M*A*S*H (except for Gary Burghoff as the cute Radar O'Reilly), and there was nothing else good on Sunday nights anymore.

But anything was better than being screamed at for 45 minutes.

And I learned a valuable lesson: my parents were so anxious for me to be heterosexual that they would give me permission to do anything, if there was even a hint of a girl involved. 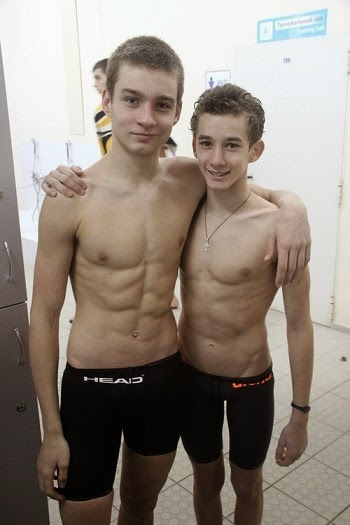 In the spring of 1974, while I was arguing about Freedom to Marry in Mrs. Dunn's class at Washington Junior High, a ballad-style song by Jim Stafford called "My Girl, Bill" began  playing on KSTT radio.  But not for long.  Parents and preachers started screaming, and radio stations cut it from the air, and record stores yanked it from the shelves.

In order to find out what all the fuss was about, my boyfriend Dan and I had to wait until his album, Jim Stafford, appeared.

We still didn't understand.  It seemed to be a straightforward song about two men who are in love with the same women.  They meet to talk things through.  The narrator says: "I know that we both love her, and I guess we always will, but you're going to have to find another, because she's my girl, Bill."

What was the problem?  Maybe parents got riled because it mentions wine?

Two years later, when I figured out what gay people were, I realized that Jim Stafford was playing a trick on listeners: the comma was inaudible, so they thought that Bill was "my girl," a gay relationship was being described.  Unthinkable in 1974! 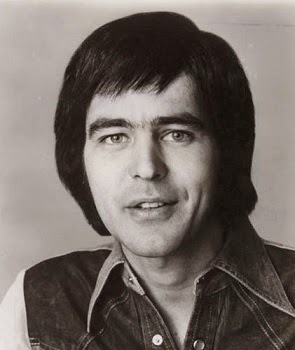 Of course, gay men never referred to their partners as "my girl."  In the 1970s, the most common terms were "my lover" or "my boyfriend."  It was only clueless heterosexuals who imagined that gay relationships must be divided on gender lines, with "a boy" and "a girl."

I don't know who was more homophobic: Jim Stafford, with his  nasty "joke," or the audience, who got all riled over the possibility that two men might be in love.

Stafford hasn't had a charting song since "Turn Loose of My Leg" hit #98 in 1977, but apparently he's still performing in Branson, Missouri.  I wonder if "My Girl, Bill" is still part of his repertoire.

See also: Discovering what "Gay" Means; and 12 Songs I Hate.
Posted by Boomer No comments: 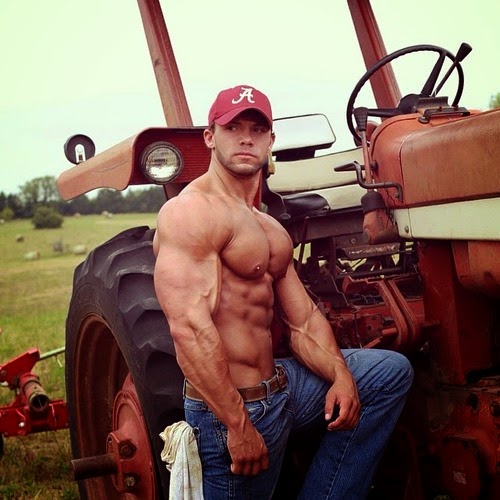 Long ago, before I moved to West Hollywood, I spent a terrible year teaching at the worst place on Earth.  Houston had some very nice shops, museums, and restaurants, and the biggest gay neighborhood in the Cowboy Belt, but it was 20 miles away, and in the nonstop gridlock traffic it might as well have been 2,000 miles.

So I didn't do much sightseeing, and I certainly didn't have the time or energy to go scouring the countryside for beefcake art.  But, apparently, Texas has more than its share.  Starting with Houston: 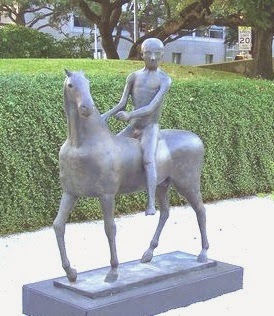 1.-3. The Cullen Sculpture Garden at the Museum of Fine Arts features a reproduction of Rodin's Walking Man, Émile-Antoine Bourdelle's Adam, and this stylized nude man atop a horse. 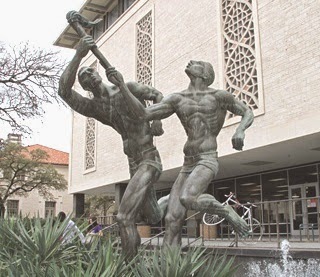 4. Austin, about a 2 1/2 hour drive from Houston, is the site of the Texas State Capitol and the University of Texas.  When I visited, it was frightfully crowded, with streets torn up for construction everywhere.  But the entrance to the university campus features the muscular semi-nude Torchbearers. 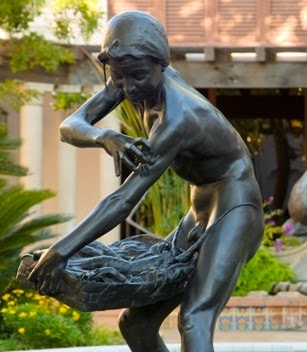 5. I've never been to San Antonio, about 1 1/2 hours south of Austin, but evidently it has become a cultural center rivaling Houston, with ,many museums and art galleries.  This nude fisherman stands outside the McNay Art Museum. 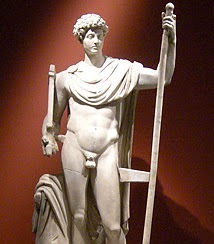 6. This hunky, well-endowed statue of Marcus Aurelius is in the San Antonio Museum of Art. 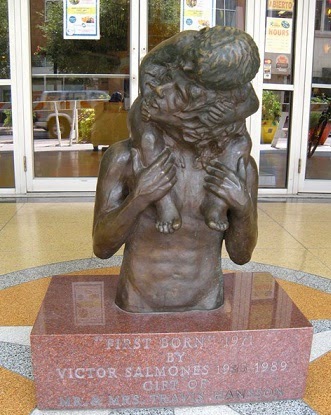 7. This sculpture outside the Children's Museum is called "Firstborn Son," but it looks like the child has just broken the dad's neck. 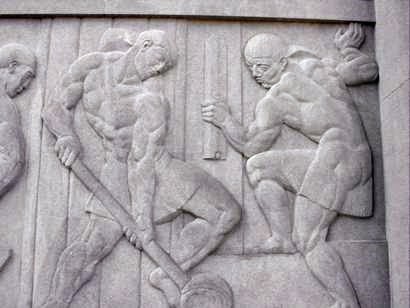 8. Waco, about  1 1/2 hours north of Austin on the road to Dallas, is pronounced "Way-co," not "Wacko."  It's famous chiefly for the Branch Davidian cult that blew up there.  But it has a more sedate past, such as a large Masonic Temple, with this frieze by Raoul Josset depicting muscular, nude workers.

9. There's another frieze of hunky football players at Farrington Field in Fort Worth. 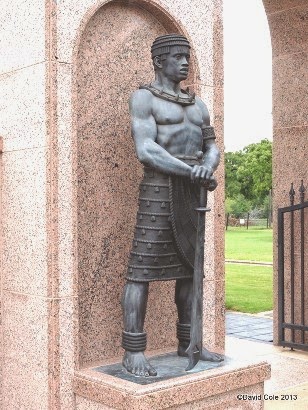 10. I've been to Dallas.  but I didn't visit the Freedman's Cemetery, where this African prince stands guard.

11-12. There are several muscular, half-naked freedmen inside the cemetery. 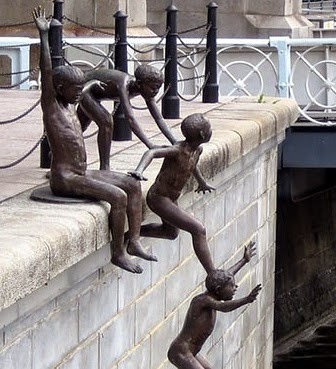 13. According to Google Images, this is "Cattle Drive," in Dallas, depicting a number of naked boys leaping into the river. Why "Cattle Drive"?  I have no idea.

14.Arlington, a suburb of Dallas, is the home of the stadium of the Dallas Cowboys football team, where this frieze depicts scenes from Texas history.  Apparently many Texas in the past were naked a lot. 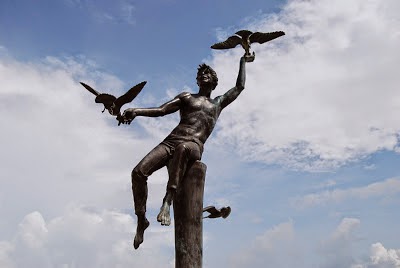 15. This Nature Boy is playing with the birds in a pier in Galveston.

It's a big state. I didn't have time for Amarillo, Lubbock, Midland, Odessa, San Angelo, or Corpus Christi.