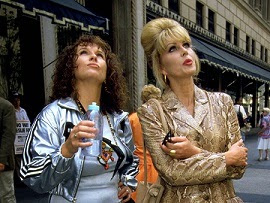 Absolutely Fabulous (1992-1995, and many specials afterwards) was Thelma and Louise on steroids.  And lots of stoli.  It starred Jennifer Saunders as "Eddy" Edina Monsoon, a self-centered, celebrity-obsessed, fad-chasing glamorista who wasn't nearly as hip, chic, or well-connected as she thought she was ("Names, darling!  I need names!").

And Joanna Lumley as her best friend Patsy, a boozing, promiscuous fashion photographer or editor ("He wanted to show me his..er...portfolio"). 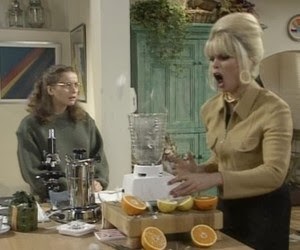 Reigning the two in were Edina's daughter Saffron, or Saffy (Julia Sawalha, left), a level-headed college student with a dark side of her own, and her mother (June Whitfield), dotty and conniving at the same time.  Patsy and Saffy were each jealous of the other's place in Edina's life, and sniped at each other constantly.

Episodes could go off the deep end, as when Patsy sold Saffron into slavery in Morocco or Edina adopted a child to make Saffron jealous, but mostly they involved relationship issues: Eddy's 40th birthday; a visit by Patsy's older, crueller sister Jackie; Patsy takes a job in New York, thus threatening to break up the duo.

In spite of the occasional mention of heterosexual exploits, Patsy and Edina were most obviously life partners.  They may exploit others, but they never waivered in their commitment to each other. 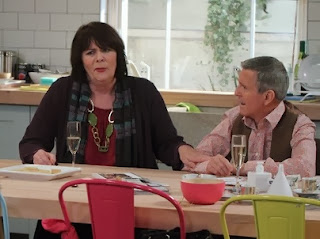 There were also many quirky supporting characters, such as the butch-femme straight couple, Bo (Mo Gaffney) and Marshall (Christopher Ryan)

But it was the over-the-top camp that made Ab Fab a gay classic.  On Halloween in 1993, half of the drag queens in West Hollywood were dressed as Patsy. 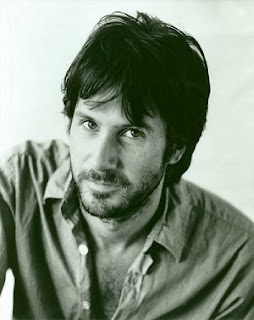 Everyone was casually bisexual.  Patsy revealed that she had undergone a sex-change operation, but "it fell off."

And there were ample gay men and lesbians among the duo's friends and clients.   In the 2003 special "Gay," we discover that Eddy's son Serge (Josh Hamilton, left) ran away to New York because Eddy couldn't accept him as gay-and-boring; he wasn't flamboyant enough to be a chic shopping accessory.

Not a lot of beefcake in this female-oriented show -- just an occasional male model or shirtless boyfriend.  But who cares? Patsy and Edina were absolutely fabulous all by themselves.
Posted by Boomer No comments: 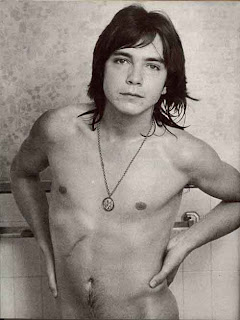 Teen idol careers are painfully short, 3 or 4 years.  The 12 year olds who discover your picture in Teen Beat and moon over your bubblegum pop will eventually turn into teenagers, start dating boys of their own, and relegate you to childhood memories.  Unless you can reinvent yourself as a adult performer, you've had it.

David Cassidy, whose last charting single was in 1972 in the U.S. (though he was still selling records in Germany and the U.K.), tried to reinvent himself as a serious dramatic actor.  In 1978, he played a cop who goes undercover as a high school student in "A Chance to Live", an episode of Police Story. 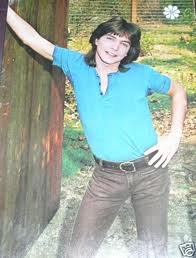 He was nominated for an Emmy, and NBC was so impressed that they created a series for his character, giving undercover cop Dan Shay (David) a wife, a daughter, and a superior officer to butt heads with (Simon Oakland as Sgt. Abrams).

Unfortunately, they didn't learn from the example of Bobby Sherman in Getting Together.  They made a lot of mistakes.

Mistake #1: The title.  Everybody thought that David would be playing himself, a sort of teen idol secret agent.

Mistake #2: the wife and kids. Teen idols should be single, so the fans can fantasize about getting them for themselves.

Mistake #3: his costumes. All tight jeans and shirts unbuttoned to the navel.  It was the style in 1978, and it was nice to see a basket, but it didn't mesh with the androgynous shoulder-length hair. 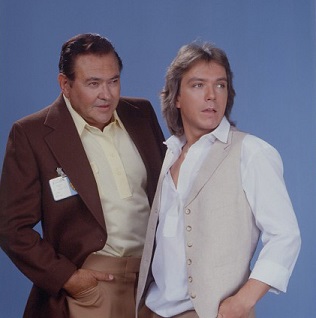 Mistake #4: the middle aged superior officer (Simon Oakland).  Too hippie vs. establishment for the 1978.  Dan should have had a peer partner. 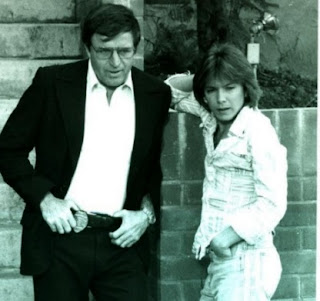 Mistakes #6 and #7: Premiering it on Thursday nights, opposite the youth-hits Barney Miller and Soap, in November, when everyone is too busy preparing for the holidays to try out new tv shows.

Eight episodes aired during the Thanksgiving-Christmas season 1978, and another two were burned off in the summer of 1979, and David Cassidy: Man Undercover went into the records of "worst series ever."

David Cassidy found the experience painful.  After 1979 he concentrated on his music, and limited his tv and film work to occasional guest star spots. Recently he starred in Ruby and the Rockits with his brother Patrick and current teen idol Austin Butler. 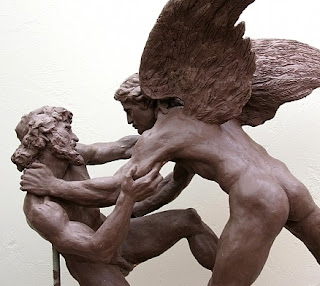 When I was a kid, our Sunday school classes went over all the great Old Testament stories of skullduggery, betrayal, abandonment, and murder (and those were the heroes).  In junior high, they were gradually phased out in favor of up to date "raps" about the evils of rock music and Roman Catholicism, but for a few years it was a wild ride.

My favorite hero/villain of the Old Testament was Jacob, son of Isaac.  It had deceit, sibling rivalry, and weird paranormal experiences. .

1. Esau, the eldest son, gets the birthright, but when he comes in famished from hunting, the sneaky Jacob tricks him into trading it over in exchange for a "mess of pottage."  Surely that constitutes duress.

2. He sneakily pretends to be Esau to get his father's blessing, too (his conniving Mother puts him up to it).

3. By this point, everyone is mad at him, so he runs away.  On the road, has some weird visions, like a Stairway to Heaven, with angels climbing up and down it.  Weird! 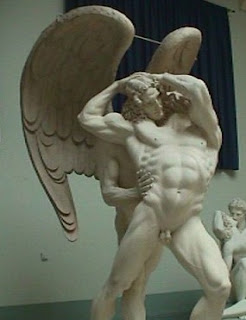 4. And, in the middle of the wilderness, an angel appears and wrestles with him all night.  That's quite a lengthy wrestling bout! The angel wins by wounding Jacob on the thigh.

Other passages in the Bible state it was a "man" or "God," adding to the mystery of the encounter.

The "Wrestling with an Angel" story has received the most artistic interest, since it allowed artists to depict a homoerotic embrace between two naked men who aren't trying to kill each other.

This nude head-grabbing statue is by Hendrik Christian Andersen (1872-1940), the boyfriend of author Henry James. 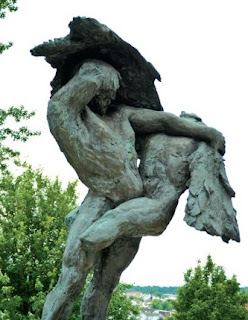 A more stylized pair, with their crotches pressed together, was erected on the grounds of the University of Scranton in 1982 by sculptor Arlene Love. 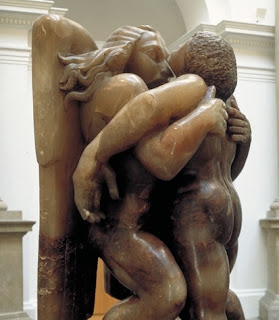 I don't know what these guys are up to, but Jacob's backside is emphasized.  It's by British artist Sir Jacob Epstein (1880-1959). 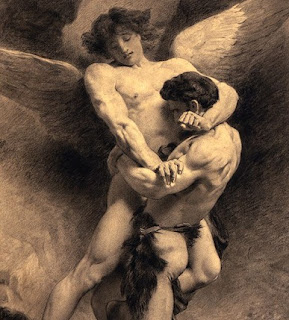 Painters have gotten into the act, too.  The muscular legs and backsides are emphasized in this painting by Leon Bonnat (1833-1922). 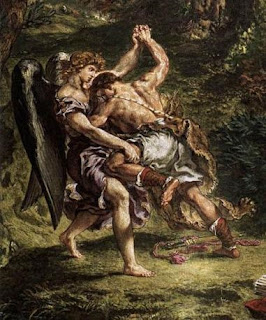 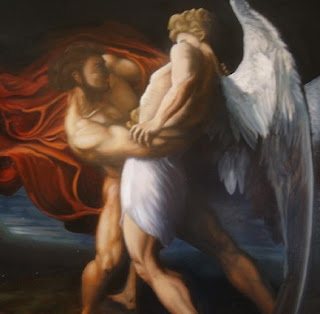 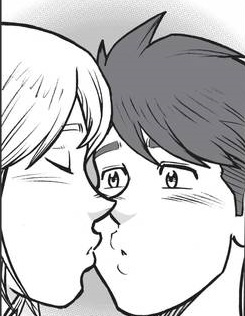 In 2011, Archie comics made history by introducing Kevin Keller, the first gay character (with the term "gay" used) in children's comics.

Kevin is now a regular part of the gang, but his sexual identity is definitely in the background.  He is rarely shown dating, and he never kisses boys.  For that, we had to wait for Little Lulu.

Luluzinha is 15 years old, intelligent, resourceful, with a passion for dots (um, that's another character altogether).  She has a number of boyfriends, including Zico, Patrick, Ball, and the vampire Vincinius.

Ball (Tubby) is a slim, athletic aspiring rock musician, lead guitarist for the band Loki.  He is in love with Luluzinha, although he dates a number of girls.

Glorinha (Gloria) is into shopping and fashion.  She has several boyfriends.

Annie is a video game and computer geek.  She is dating Icarus.

Alvinho (Alvin) is a rebellious preteen who aspires to become a surfer.  He is dating Lila. 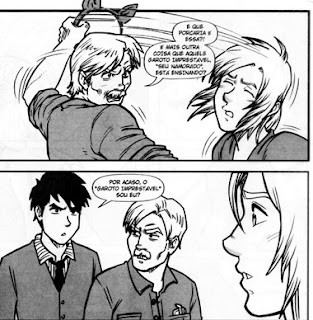 So far so heteronormative. But in 2013, Edgar arrives, a member of Ball's band.  He soon announces to the gang that he was gay, and started dating Fabio.  In issue 57, they kiss.

The gang is nonchalant, but Edgar's homophobic father is horrified, and assaults him.  Vicente, the school director, steps in.

On the whole, it's a "coming out" episode like what we saw on tv frequently during the 1980s, but in 2013 in a Brazilian children's comic. 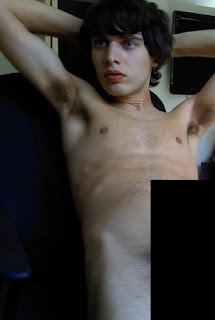 My email to my friend Eli in Amsterdam contained only one word: "WTF????"

He had just told me that he was taking a job in Oman.

I called.  "But...but...but it's the Arabian Peninsula!  I wouldn't set foot in any country where being gay brings the death penalty."

"No, that is Saudi Arabia and the United Arab Emirates.  In Oman the penalty is only three years in prison."

"Only three years in prison?"

"Most of the states in the U.S. had worse penalties.  Besides, it is only if you are discovered."

"But...you live in Amsterdam, where everything is open.  Gay life in Oman must be incredibly closeted.  No bars, no bathhouses, no organizations."

"They have Grindr.   And it is a very good job, and it will last only one year."

"Whatever.  If you want to be scared, closeted, and celibate, go for it." 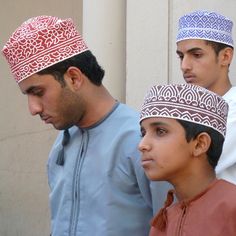 "You were thinking mud streets and minarets, yes?  Oman is modern!  The Food Court in the Muscat Grand Mall has Charley's Grilled Subs, Curry in a Hurry, Hungry Bunny, KFC, Papa John's, Mr. Pretzels, and Wok and Roll."

"Half the people here are guest workers from India, Pakistan, and Bangladesh.  Last night I met a very cute boy from Bangladesh on Grindr.  He never met a black guy before.

The full story, with nude photos and sexual content, is on Tales of West Hollywood
Posted by Boomer No comments: 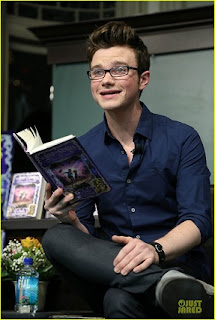 You probably remember Chris Colfer as Kurt Hummel, the gay kid on Glee.  He is still acting (in 2015 he played the young Noel Coward), and producing, but arguably his main claim to fame today is the juvenile fantasy series Land of Stories.  The first, Land of Stories: The Wishing Spell, appeared in 2012, and shot to the top of the New York Times bestseller list, probably because of the name recognition.

A gay author who played a gay person on tv and supports innumerable gay charities, from It Gets Better to the Trevor Project to Uprising of Love (for LGBT Russians)?  Obviously he would make gay people an unremarkable part of his fictional world. 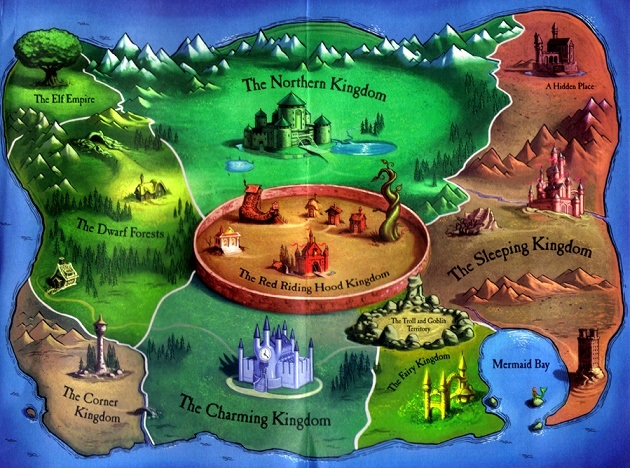 The premise is well known from such properties as The 10th Kingdom and Once Upon a Time: fairy tales are real, historically accurate depictions of events that occurred in a parallel reality.  Teenage twins Alex and Connor (a boy and a girl) find themselves in Fairy World, and change the course of both fairy and human history.   Let's go through a run-down of the major characters; 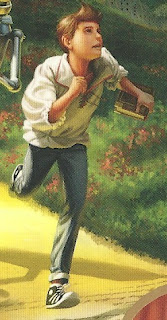 Their mother, Charlotte, gets a new boyfriend.  Next!

Froggy, aka Charlie Charming, aka the Frog Prince, is dating the grown-up Red Riding Hood.

That leaves a couple of very minor characters who don't mention any specifically heterosexual interests.

There isn't even any room for a Dumbledore to be gay and closeted and come out after the fact.

There aren't even any potential gay subtexts, as every major relationship is carefully organized into a boy-girl pattern.

A gay author who played a gay person on tv and supports innumerable gay charities has written a series of juvenile fantasy novels in which every single character of consequence is firmly and undeniably identified as heterosexual.