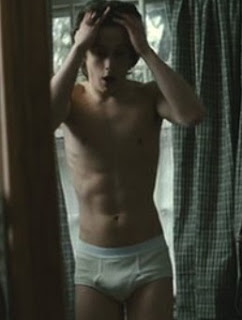 Quick -- which of the Culkin brothers is this?

The Culkin Dynasty began with Home Alone (1990), a Christmas movie about a young boy (10-year old Macaulay Culkin) accidentally left at home when his family goes away for the holidays.  The top film of the year, and the top-grossing live comedy of all time, it propelled Macaulay into child superstardom.

He grew up thin, pretty, and androgynous -- everyone assumed that he was gay -- with a heavy-lidded, world-weary, knowing expression that actors often use to denote depravity. 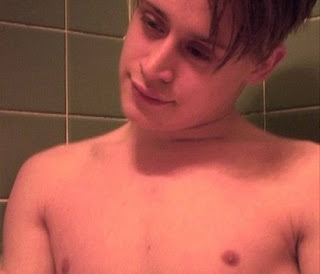 Who knew that there was a whole family of Culkins back home, including four boys who would all grow up thin, pretty, and androgynous, with the trademark world-weary, knowing expression.  I keep assuming that they're gay, and going to their movies, expecting them to play gay characters.  But they almost never do.

1. Macaulay (born 1980).  No gay characters, but his Michael Alig identifies as gay in Party Monster (#6 on my list of the 10 Gay Movies I Hated).  He's more of a pansexual, anything-for-a-thrill decadent who almost Finds True Love with a girl.  Macaulay also played a handicapped decadent youth in Saved (2004), which has a gay character.

There's a sausage sighting story about Mac on Tales of West Hollywood. 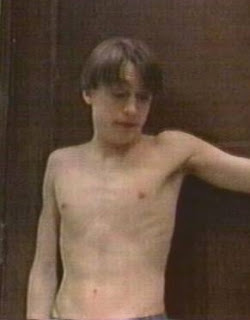 2. Kieran (born 1982).   After a small part in Home Alone, he established himself as a talented actor, specializing in quirky indie movies like The Dangerous Lives of Altar Boys (which sounds like it is gay-themed, but isn't) and Igby Goes Down (which sounds gay themed, but isn't; I walked out after seeing the homophobic portrayal of a bi drug dealer).  Kieran also played the world-weary, knowing gay roommate in Scott Pilgrim vs. the World (2010). 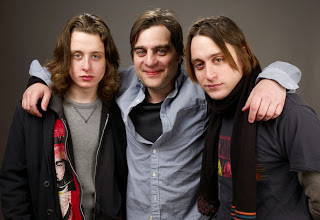 5. Rory, born 1989. He's grabbing up all of the quirky indie movies that Kieran turns down, such as Mean Creek (which is about bullying but has no gay characters) and Chumscrubber (which I keep getting mixed up with the gay-themed Borstal Boy).  In The Night Listener (2006), his character, who bonds with gay radio host Gabriel Noone (Robin Williams), should be gay but isn't. 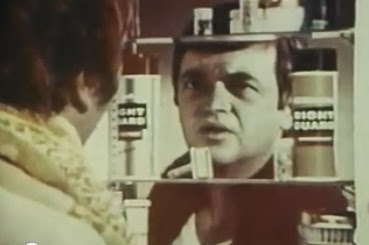 Between 1969 and 1972, and then again in 1978, Right Guard deodorant aired a series of commercials in which an unsuspecting apartment dweller (Bill Fiore) opens his medicine chest, only to discover he's sharing it with the apartment next door.

The other occupant (Chuck McCann) opens his side of medicine chest.  He's big, brash, leering, apparently high.  I remember them both being shirtless, but I guess they weren't. 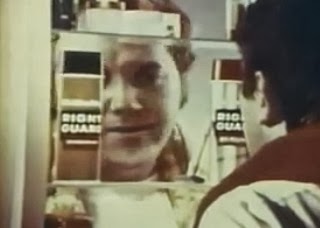 By the way, the medicine chests contain nothing but two cans sticks of Right Guard deodorant, facing with the labels out regardless of which side they're on.

"Hi, guy!" became a catchphrase.  Everyone at Denkmann Elementary School tried to match Chuck McCann's intonation and leer, without realizing that we were imitating a gay pick-up line. 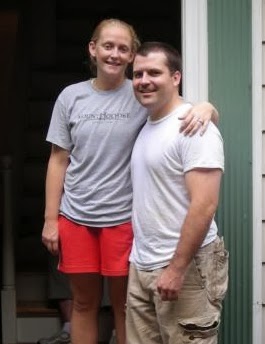 Bill Fiore was a cute, unassuming comedian of the 1970s.  He appeared on The Corner Bar, which had the first ongoing gay character on tv, Love, American Style, Mary Tyler Moore, Laverne and Shirley, Three's Company, and Alice.

As this photo suggests, he had quite a nice physique. 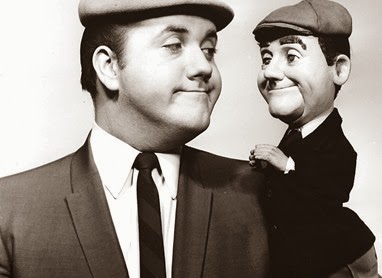 Former children's show host Chuck McCann was also a comedy staple of the 1970s.  One of his more interesting roles was W.C. Fields in the 1982 biopic Mae West. He's played Santa Claus several times, notably in an ongoing role on the soap Santa Barbara (1987-88).

No indication that he was gay, or intended a gay reading to his leering "Hi, guy!"

But it's impossible to say without an innuendo.  Try it. 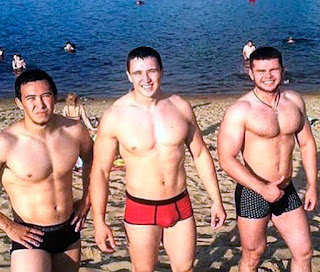 This post has been moved to Small Town Beefcake
Posted by Boomer No comments: