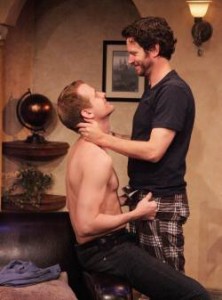 In 2011, Mackenzie Astin starred in Caught at the Zephyr Theater in Los Angeles.  He played a gay man blissfully planning a wedding with his partner (Will Beinbrink), when suddenly his Bible-thumping sister arrives for some screeching. 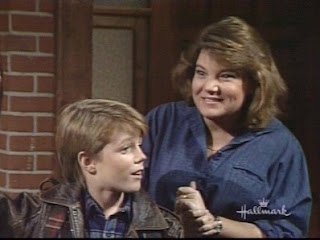 I hadn't heard much about Mackenzie, son of John Astin and Patty Duke, younger brother of Sean Astin, since the 1980s.  His biggest claim to fame then was a starring role on The Facts of Life (1985-88), about four girls in a private boarding school.

By the time he hit the series, the girls had graduated and were working in a boutique, Over Our Heads.  He played Andy Moffett, an orphan adopted by end-of-series lead Beverly (Cloris Leachman). 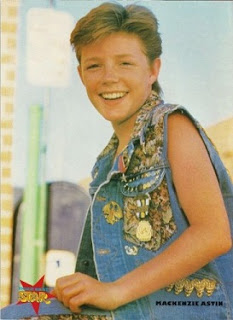 Teen magazines gave Mackenzie some attention, but not a lot.  Maybe because he wasn't very muscular.  He was soft, pretty, and feminine, a tween version of Kurt from Glee.

During the 1990s, he grew hard, hairy, and rather gaunt, as he tried to distance himself from his gay-coded teen years with macho hetero-roles: Iron Will (1994), about a dogsled competition; the Western Wyatt Earp (1994); Ernest Hemingway's wartime buddy in In Love and War (1996). 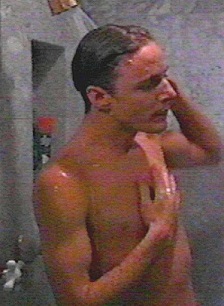 But Mackenzie played a lot of gay characters, too. In Stranger Than Fiction (2000), he plays a gay man named Jared who kills someone and asks his straight friends to help him hide the body.  In the short-lived tv series First Years (2001), he played a gay lawyer living in San Francisco.

Out as bisexual, Mackenzie is married to a woman, and a gay ally. 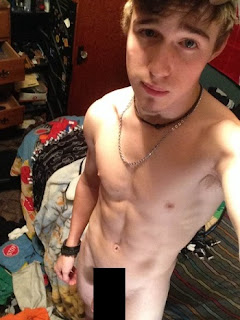 During my first 30 years, there were no photos of naked men available anywhere, or you could get them only occasionally, in expensive, hard-to-find magazines.  Then suddenly, around 1995, internet bulletin boards made hundreds of photos available. Then, with guys posting smartphone selfies, thousands.  So I started collecting them.  During the last 20 years, 've accumulated about 10,000.  Here are some of the highlights of my collection: 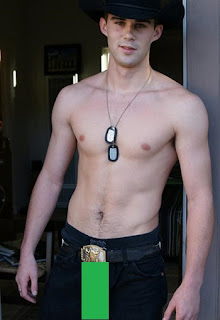 Rednecks and Cowboys.  Farm boys, country boys. anyone wearing a feed store cap,  standing next to a tractor, listening to country-western music, or asking "Y'all wanna climb up to the barn loft?" 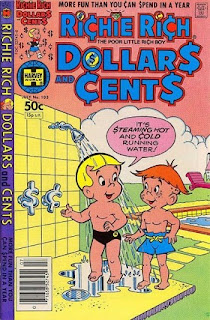 Richie Rich.  Yes, I have a full collection of comic book scans from that brief period in the 1970s when Richie Rich, the previously nondescript rich kid of Harvey Comics, joined a gym (or, I suppose, had a gym constructed in his mansion, lifting bags of money and giant diamonds).  It only took a few lines to suggest pecs and biceps, but what a difference it made! 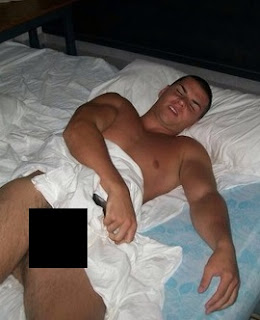 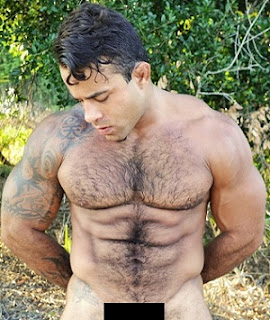 S/M.  Guys tied up, struggling against the ropes, gagged, blindfolded, like Tarzan and Bomba the Jungle Boy in the old movies of my childhood.  Except here they're naked. 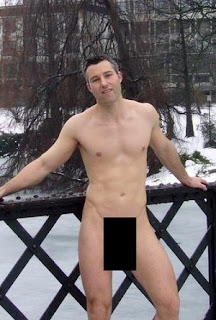 Snow.  I never take my shirt off outside when the temperature is under 70, and rarely until it reaches 80.  There's something sexy about a guy who walks around in the buff when it's cold enough to be snowy.  And exhibits no discomfort.  Or shrinkage. 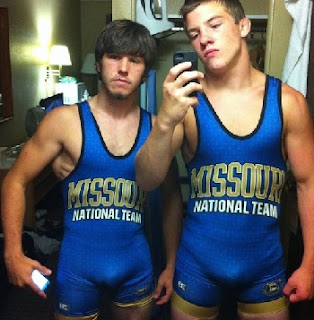 Sports.  Guys in sports uniforms, or preferably out of them.  Unless they're wearing wrestling singlets that show off their packages.  A surprising number of wrestlers become aroused during the match. 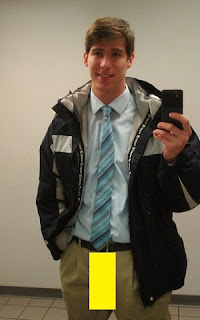 Suits.  Nazarenes required men to wear suits to church, three times a week, but since leaving the Nazarenes, I've worn suits maybe once or twice a year.  Guys who wear them all the time are extremely sexy.  Especially when they show you their equipment while still wearing the suit. 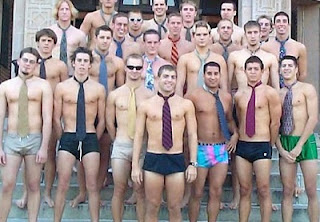 Teams.  Preferably swim teams or wrestling teams with bulges displayed, but groups of guys are fine, too.  Here a frat displays its underwear and ties. 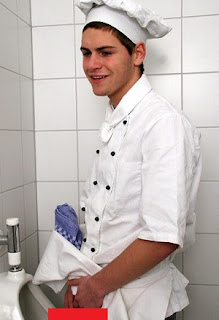 Urinals.  Guys whose friends snap their picture just as they are pulling it out at the urinal.  I also have some of guys doing more than that. 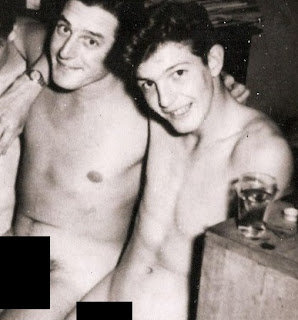 Such photos are very rare.  In those days photo developing services usually rejected male nudity, so if you took a nude selfie, a camera-buff friend had to develop it for you. And you'd be too embarrassed to let it survive for your heirs to scan and put on the internet.