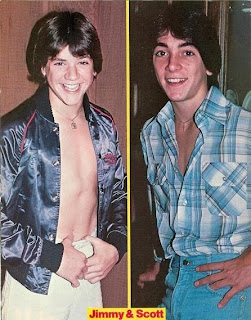 Jimmy Baio never hit the stratospheric heights of admiration enjoyed by his cousin Scott, but he had a solid teen idol career, with two claims to fame that Scott doesn't: he starred in a groundbreaking tv series, and he's a gay ally.

Jimmy and Scott grew up in the same Brooklyn neighborhood.  Although he was a year and a half younger, Jimmy entered show business first, in Joe and Sons (1975-76), a short-lived sitcom about an Italian-American family.

While Scott was playing a preteen gangster with a lascivious girlfriend in Bugsy Malone (1976), Jimmy was buddy-bonding.  In The Bad News Bears in Breaking Training (1977), former Little League superstar Kelly Leak (Jackie Earle Haley) decides to rejoin the team and reconcile with his father, the coach.  He brings a friend from New York, Carmen Ronzonni (Jimmy), who is called both racist and anti-gay slurs by his belligerent teammates, marking the pubescent relationship as potentially gay.  To assuage them, Carmen buys some Playboy magazines to pass around, but significantly doesn't read them himself. 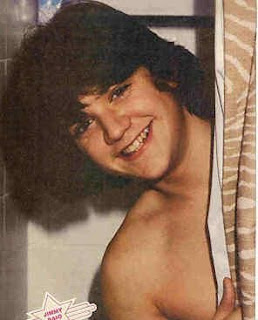 In the fall of 1977, both cousins landed tv series.  Scott was brought aboard Happy Days, to draw a teen demographic to the rapidly aging cast.

Jimmy leaped head-first into a firestorm of controversy on the soap opera spoof Soap.  Even before the first episode aired, it was receiving vociferous protests from religious groups, gay rights activists, tv watchdogs, and even the National Football League.

People calmed down a little (not much) when they discovered that the program was simply a parodic exaggeration of the themes soap operas had been displaying for years, usually involving falling in love with the "wrong" person: 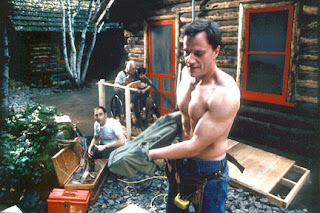 I like Seinfeld -- I own DVD sets of the entire series -- but the characters are constantly making heterosexist comments, and often they are downright homophobic.  It seems strange, therefore, to find cast members acting in gay roles or supporting gay rights. 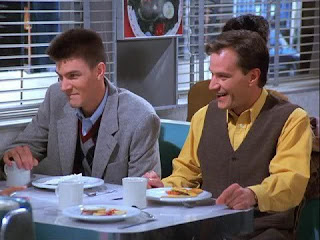 Maybe not Tim DeKay.  In one of his first tv gigs (1996), the Ithaca, New York boy with a MFA in Theater played Kevin, the "Bizarro Jerry," Jerry's complete opposite -- considerate, caring, literate, and no doubt gay-positive.

In real life, Tim has done a ton of gay-positive work:

1. Five Houses (1998): A gay couple from Oklahoma moves into a big-city cul-de-sac.  He played one of the partners. 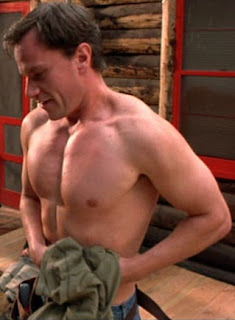 2. Big Eden (2000), about a gay New York artist (Arye Gross of Ellen) who returns to his home town in rural Montana where everybody is amazingly pro-gay.  He tries to hook up with the jock he had a crush on in high school (Tim), but is gently rejected. 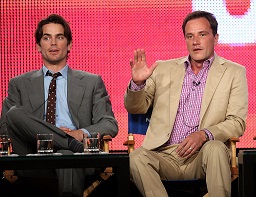 4. The gay-subtext buddy-drama White Collar (2009-): a con artist (Matt Bomer) teamed up with an FBI agent (Tim, the one wearing pink).

When Matt Bomer came out in 2012, Tim was all praise: "I love him, and I am so proud of him.  He's just a fantastic individual, and I think he did it in a very classy, elegant, and eloquent way." 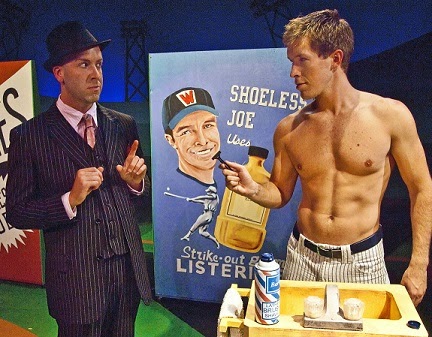 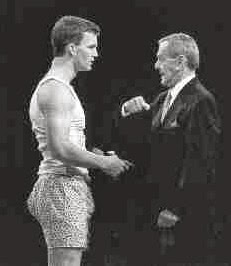 When I was a kid, I kept away from the movie Damn Yankees (1958) and its various live versions.

It was about baseball -- yawn -- there was a lady in her underwear on the poster -- and the word damn hurt my ears -- Nazarenes thought that even saying the watered-down darn was a sin.

Turns out I was mistaken: baseball is discussed, but there's also a  lot of beefcake, and a nice gay subtext.

The plot: middle-aged Joe Boyd is obsessed with baseball, and wants his team, the Senators, to beat the New York Yankees.  He makes a deal with the devil, aka Mr. Applegate (Ray Walston), to become an expert player for the Senators.  He can back out of the deal anytime before they win the pennant.

Transformed into the young, virile "Shoeless Joe" Hardy (gay actor Tab Hunter), Joe takes the team into a winning streak, but he misses his wife back home.  Applegate has to find some way to keep him distracted long enough to win the pennant and lose his soul permanently. 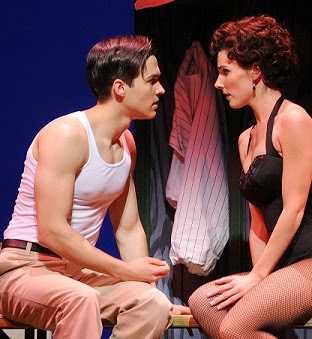 So he sends one of his previous clients, Lola (Gwen Verdon), to seduce Joe.

But it doesn't work.  Lola confronts Joe in the locker room, gyrating suggestively and singing  "Whatever Lola wants, Lola gets, and little man, little Lola wants you."

He completely ignores her.  Ostensibly because he's being faithful to his wife, but you can also read him as gay.

He ignores every other woman who approaches him during his superstardom.  Same reason.  Or is it? 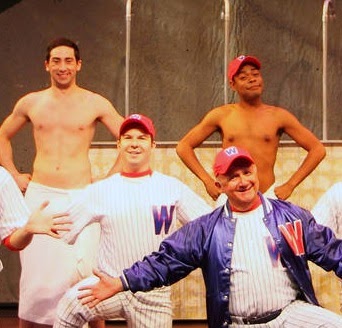 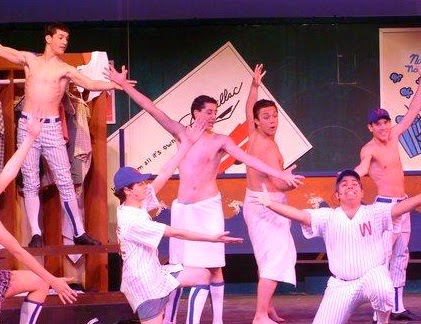 On stage, gay-coded Mr. Applegate has been played by a number of actors who specialize in gay-coded roles, such as Tony Randall, Bill Kerr, and Sean Hayes. 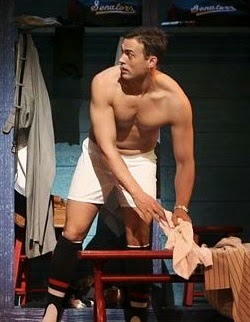 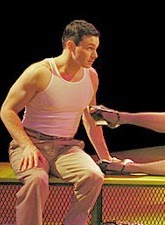