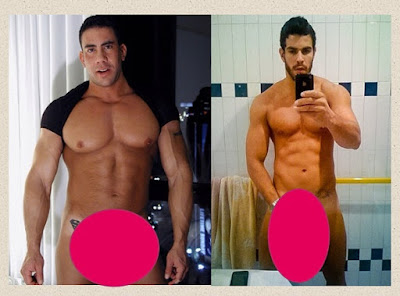 Most gay bars in Europe have darkrooms, cut off from the main bar by a black curtain.  It's completely dark inside, not even a safety light, although some guys walk around flashing the lights on their cell phones.  You feel around until you find something you like.

In the U.S., there are no darkrooms.  State and local laws strictly forbid public sexual encounters.  Even in bathhouses, private clubs with membership fees, you're not allowed to do things in public areas.

I've seen the equivalent of a darkroom only once in the U.S.

In the fall of 2008, in St. Louis for a conference, I went to the Spike (I don't remember its real name) on Manchester Street, in the gay neighborhood.

Bare brick walls, a small dance floor, a lot of guys in jeans hanging around staring into space, their beer bottles protruding like phalluses.

I noticed a lot of beer bottles by a door in the back, as if people were leaving them on the way to the bathroom, but it wasn't a bathroom.

They would set down their beer bottle, go through, and return a few minutes later. 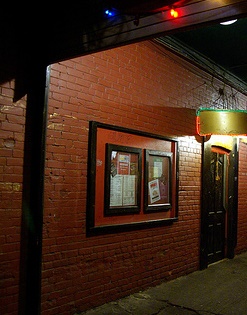 After awhile, I investigated.

It was a narrow enclosed patio, partially open to the sky, lit only by the stars and a string of multicolored Christmas tree lights.

No heat except for a red-glowing space heater.

A bulletin board, some railings, no place to sit.

There was a row of men standing with their backs against the wall in single file, waiting.

The rest of the post is too explicit for Boomer Beefcake and Bonding.  You can read it on Tales of West Hollywood.

We Got It Made: 1980s Sitcom with Gay Actor Tom Villard 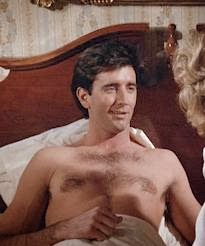 When I was at Indiana University studying for my M.A., lots of the guys in Eigenmann Hall watched the sex comedy We Got It Made (1983-84), about two nerds who hire Mickey (Teri Copley), one of those ubiquitous 1980s servants who provide joie de vivre along with the housework.   I watched because it was stuck between the must-see Mama's Family and Cheers.  It wasn't awful. 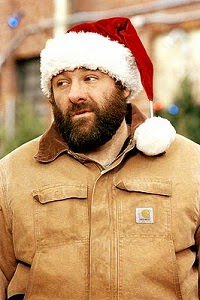 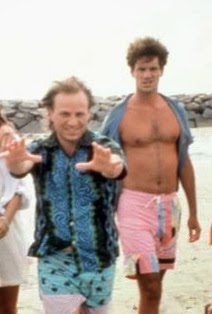 4. Tom Villard (right) was gay.  In the mid-1980s, I occasionally saw him at Mugi, the gay Asian bar in Hollywood. He came out as gay and a person with AIDS in an Entertainment Tonight interview in February 1994, which at the time was career suicide; but he thought that speaking out was more important. 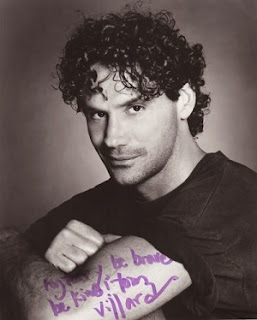 He was one of the nicest guys in Hollywood.

When he died in November 1994, his partner,  production designer Scott Chambliss, set up The Tom Villard Foundation to provide assistance to people living with AIDS. 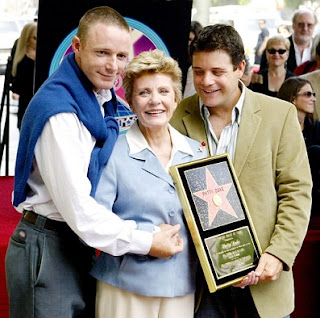 I was saddened to hear of the death of Patty Duke today, at age 69.

The actress was a long-time friend of the gay community, supporting gay rights and AIDS research, and appearing in a number of gay-friendly productions, such as By Design (1982), in which she played a lesbian fashion designer, and Hail to the Chief (1985), about the first woman president of the U.S., with a gay Head of the Secret Service ("The deadliest fairy you'll every meet").

Two of her sons, Sean Astin (born 1971) and Mackenzie Astin (1973), are actors.  They have also appeared in gay-positive productions.  Mackenzie is bisexual.

Of all her memorable performances on tv and in the movies, Baby Boomers remember her most fondly for The Patty Duke Show (1963-66).  It was before my time, but I've seen episodes on youtube.

Patty Duke plays Cathy Lane, a sophisticated, urbane Scottish teenager "who's lived most everywhere, from Zanzibar to Barclay Square," but comes to America to live with her uncle.  She has a cousin, Patty Lane, a typical American teenager who "loves to rock and roll, a hot dog makes her lose control." 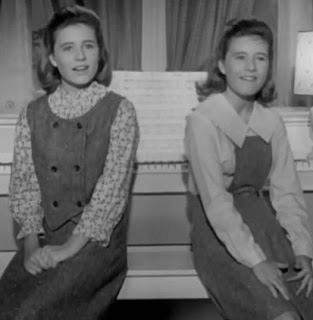 Guess what: Patty Duke plays both girls!  They're identical cousins!

Ok, there's no such thing.  They must be sisters -- there's more going on in that family tree than meets the eye.  Better not to ask.

We also shouldn't ask about what happened to Cathy's parents.  Better leave it open, like Mike and Carol's exes on The Brady Bunch.

Cathy sets in to become Americanized, and the standard sitcom complications ensue:
Patty gets a crush on her French teacher.
Cathy tutors a basketball star.
Patty becomes the editor of the school paper.
Cathy gets a date with Sal Mineo.

Looking through the episode synopses on Wikipedia, I find few instances of the girls masquerading as each other.  I guess the novelty of seeing Patty Duke playing two characters at once was enough to fuel the plots. 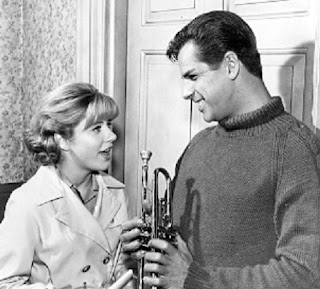 The family was rounded out with a mother and a father (William Schallert, Jean Byron), a kid brother (Paul O'Keefe), and a series of boyfriends and crushes, notably Eddie Applegate (Richard, who appeared in 88 episodes), but also just about every young adult in Hollywood: Ronnie Schell, Steve Franken, James Brolin, Frank Sinatra Jr., Bobby Vinton, Richard Gautier, and Daniel J. Travanti.

William Asher, who co-created the program and wrote most episodes, went on to the gay-subtext filled Bewitched. 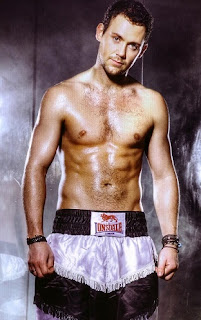 In 1999, 33 years after the series ended, many of the cast reprised their roles in The Patty Duke Show: Still Rockin' in Brooklyn Heights.  The family reconvenes to prevent the destruction of the old high school.

Patty is a drama teacher, divorced from Richard, with a grown son (Alain Goulem) and a granddaughter, and Cathy is a widow with a teenage son (Kent Riley. left).

Neither of them is immersed in the heterosexual nuclear family box.