Pietro Boselli: The Engineer Who Became a Model 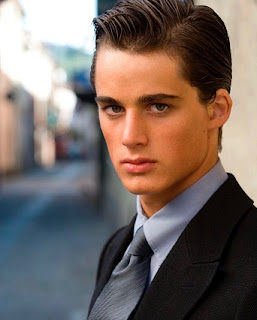 Extremely attractive men (and women) have constant problems with objectification.  Strangers think that they have the right to walk up to them and grab their butt or feel their biceps. So-called "friends" just want to hang out with them to draw guys' attention in clubs.  They can never tell if a guy is dating them just to brag to his friends about his "conquest."  And they are assumed to be vain, self-absorbed, shallow, and stupid.

Pietro Boselli began modeling professionally at the age of six in his home town of Brescia, Italy.  But when moved to London to go to university (University College of London, Mechanical Engineering with high honors, 2010), he knew that his modeling would detract from his academic achievements.  So gradually he refused assignments, deleted it from his resume, and went into the closet. 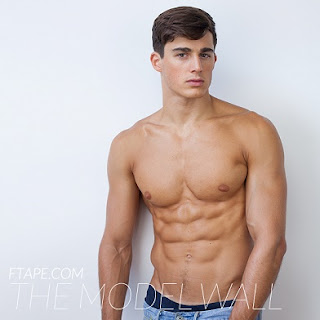 He wasn't in the closet for long.  One of his duties as a doctoral student was teaching undergraduates.  In 2013-2014 he taught Modelling & Analysis course, a module of the mathematics class  for second year engineering students.

Uh-oh.  What happens when you google "Pietro Boselli" and "Modelling," hoping to find some of his academic research on the topic? 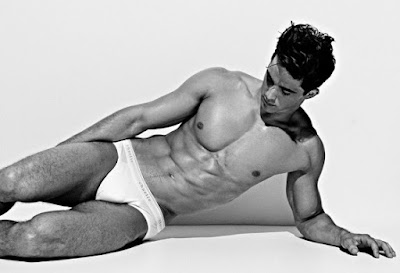 In 2014, student Ariel Azli found some shirtless photos, and tweeted them along with photos of Pietro teaching his class.  The tweets went viral, and articles like "Hot for the Teacher" and "The World's Sexiest Math Teacher" began to appear.

Resigning himself to his fate -- and anxious to make some extra money to pay his university fees - Pietro signed on with Models 1, and began to get prestigious assignments for  Abercrombie & Fitch, Moschino, Equinox, and Vogue. 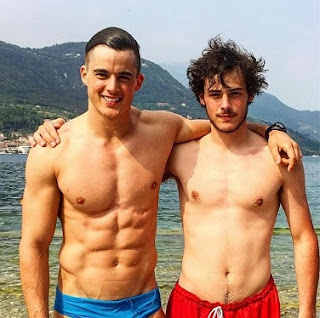 Meanwhile he received his Ph.D. in February 2016.

Meanwhile modeling is fun, and you get used to the constant cruising and sexual innuendos.

He hasn't specified a sexual orientation, but he's happy to give interviews to gay magazines, so I'm going to guess straight. 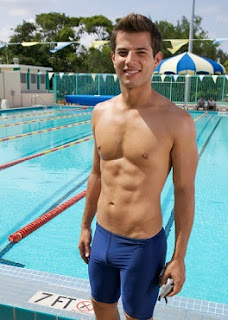 Suske en Wiske, aka Spike and Suzy, Bob and Bobette, Finn and Fifi, Ze y Maria, Willy and Wanda, and so on, are a pair of adventurers in a long-running comic strip created by Willy Vandersteen in 1945.  There have been 300+ albums to date, plus spin-offs.

For many years they appeared in Tintin Magazine, and comparisons with the Tintin strip are inevitable.

2. Tintin has a talking dog, Milou (Snowy).  Wiske has a doll, Schanulleke (Muffin), which doesn't talk, unless she is brought to life. 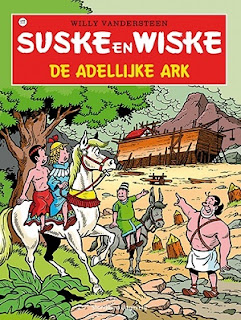 3. Tintin is a young adult, so he travels alone, or with Captain Haddock, a co-adventurer rather than a guardian. Suske and Wiske are in late childhood or early adolescence, so they require adult supervision on their travels: 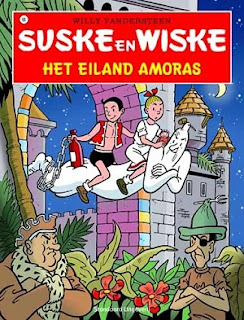 4. Tintin's adventures are mainly naturalistic, with occasionally a bit of science fiction.  Suske and Wiske run the gamut of mystical, paranormal, fantasy, and science fiction.  They travel back in time to ancient Egypt or the Viking era.  They stop a war on the far side of the moon.  They interact with ghosts, dragons, wizards, and fairies.

5. Both Tintin and Suske en Wiske all but eliminate hetero-romance.  Suske and Wiske are platonic friends, and the adults rarely go out on dates or express romantic interest.

6. Tintin has a strong gay subtext, a romance in all but the name between Tintin and Captain Haddock.  I haven't found one in the Suske en Wiske albums that I've read.

But there's lots of beefcake, of a cartoonish sort.

7. Both Tintin and Suske en Wiske have been translated into many languages.  Suske en Wiske is particularly assiduous at translations into Dutch dialects: Brabantian, Dreents, Fries, Groning, Kalmhouts, Limburgish, Tweants.

Admit it: You didn't know there were so many dialects of Dutch.  Actually, there are 18, if you include Afrikaans and Flemish. 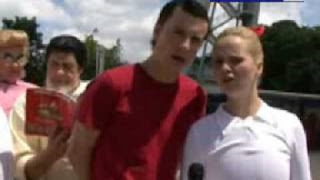 8. Both have achieved popularity in media other than comics.  Suske and Wiske have appeared in several movies, with Suske played by David Verbeek, Niels Destadsbader, Joeri Busschots (left), and Guilhermo Appolonio (top photo).  There have been television programs, stage musicals, and video games.

There are statues of the characters in Antwerp and Middelkerke, and a wall mural in Brussels. They have their own museum in Kalmthout. 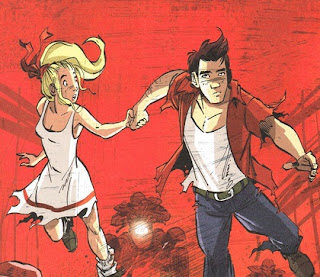 9. Tintin has stayed the same age for 60 years, but Suske and Wiske have grown up.

In 2013, Charel Cambre introduced a spin-off, Amoras, with adult Suske and Wiske going into the future to avert a catastrophe in the present.  Suske pairs up with a girl named Jerusalem.

The adult Suske is a handsome, muscular action hero, but he encounters semi-naked girls and has a hetero-romance.

You get something, you lose something.