Going to Movies in 1991: 8 Boy-Girl Romances, 5 Guys in Underwear, 4 Terminal Illnesses, 3 Drag Queens, and a Lot of Giant Bugs 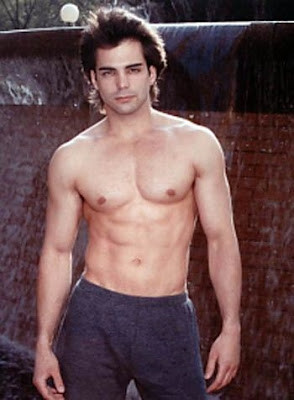 In 1991 I was quite a globetrotter, visiting San Francisco for the first time, then Paris, Brussels, and Amsterdam, my standard Spring Break trip for many years. I spent the fall semester in Nashville, studying Biblical Hebrew at Vanderbilt Divinity School.  Nashville didn't have a gay neighborhood at the time, so there was no pressure to avoid the Straight World, and I started going to movies regularly again, 16 before New Year's Eve.

February:  Run, because of Patrick Dempsey (sigh).  We would have watched anything that involved Patrick Dempsey smiling at the camera, even if he and The Girl were on the run after being falsely accused of murder.

March: The Hard Way, because I knew Michael J. Fox, sort of.  He plays a movie star who preps for a role by hanging out with a real cop, who dislikes him.  They end up being friends, of course, and fighting over the attention of The Girl.

March: If Looks Could Kill, because of Richard Griego (top photo), who starred on 21 Jump Street after Johnny Depp left the teen-cop series: he was so feminine, wearing make-up and dangling earrings, that we assumed he was gay.  He plays a teen slacker who gets involved with spies and The Girl in France.  This was just before my first trip to Paris. 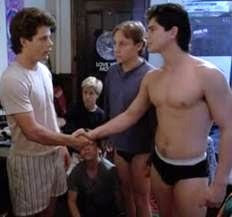 April: Toy Soldiers, Terrorists take a boys' boarding school hostage, and the boys save the day in their underwear after discussing strategy in their underwear.  An immense number of biceps and bulges (don't worry, the director made sure that only actors over 18 showed their physiques).

June: Don't Tell Mom the Babysitter's Dead, because it starrred the cute Keith Coogan and Christina Applegate of Married..with Children.  A teenage girl takes over when the babysitter dies, becoming a fashion designer, getting admitted to Vassar, and dumping her boyfriend.  Plus there are drag queens.

August: Doc Hollywood,  I was getting tired of Michael J. Fox: did he have to meet The Girl in every single movie?  I especially disliked this one, about a doctor who abandons the Big City for a small town.  And it wasn't even Christmas. 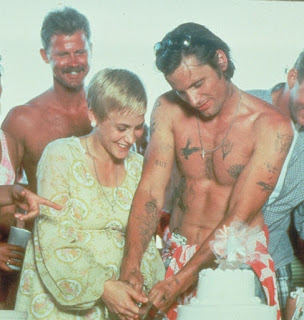 September: The Indian Runner, because I thought there would be Indians in it. Instead, it's about two small town brothers, a sheriff and a crook.  There's also a girlfriend, a wife, and a terminally ill mother.  Yuck.

September: Late for Dinner. Two brothers-in-law are frozen for 20 years.  There are wives, girlfriends, and deadly diseases.  Yuck. 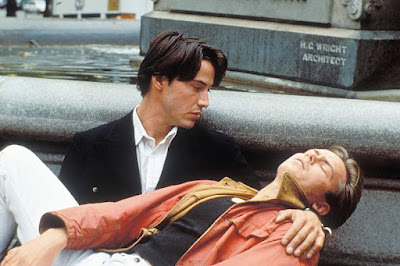 October: My Own Private Idaho. Keanu Reeves plays a hustler who suffers from narcolepsy.  He has sex with men and women both.  His best friend/ possible boyfriend (River Phoenix) falls in love with a woman.  Just mentioning the possibility of same-sex activity in a theater was amazing in 1991, especially in homophobic Nashville, but frankly, I had no idea what was going on.

October: The Super. Slum lord Joe Peschi is sentenced to live in one of his own horrible tenements.  He bonds with the residents and doesn't fall in love.  It would be a welcome relief from the incessant boy-meets-girl plotlines, except Peschi plays an oozing sleazebag who propositions every woman in sight.  Nashville wasn't working out well.

November: Kafka.  I expected a biopic of Franz Kafka, but instead it's a political thriller set in a world based on The Castle.  Kafka and The Girl investigate a secret society that controls world events.

November: The Addams Family.  An adaption of the 1960s tv series, which was itself an adaption of single-panel cartoons published by Charles Addams in The New Yorker in the 1950s.  No gay content, unless the bizarre family itself disrupts heteronormative expectations. 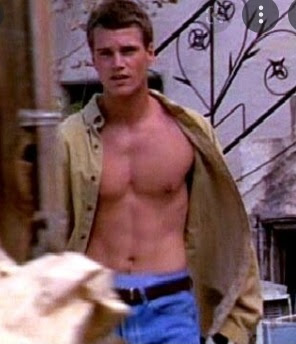 December: Star Trek VI: The Undiscovered Country, because it was Star Trek.  This one has the return of the iconic villain Khan and the death of Spock.

December: Fried Green Tomatoes.  A veiled lesbian relationship in the 1940s South, interspliced with Alzheimer's, terminal cancer, and an abusive husband.  For a brief period in 1991 and 1992, every restaurant in West Hollywood was serving fried green tomatoes.  They're quite tart.

December: Naked Lunch, based on the novel by William S. Burroughs, who was gay.  I had no idea what was going on: a guy kills his wife then meets her again.  There are giant bugs and vomit.  We walked out before the homophobic scene of the swishy gay guy raping someone to death.