Getting Naked after Christmas: The British Boxing Day Dip 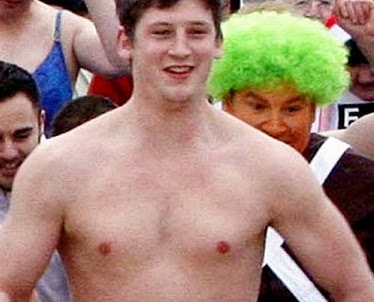 In Britain, Christmas is traditionally a time for caroling, exchanging gifts, going to pantomimes...

And plunging naked into the frosty Atlantic Ocean.

Porthcawl, Wales, has been holding an annual Christmas Morning Dip for chartiy for over 40 years.

Many other seaside towns hold their in Wales and England, like Aldeburgh,  Llandudno, Cromer, and Tenby, hold theirs on Boxing Day, December 26th (so-called because people would box up their Christmas dinner leftovers and pass them out to the less fortunate). 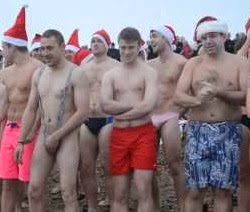 In Aldeburgh, Llandudno, Cromer, Tenby, and a dozen other towns, Boxing Day means a morning of fun and entertainment, followed by a quick costume change and a headlong dash into the sea (typically a frigid 50 degrees Fahrenheit).

Many dress in tuxedos and evening gowns (they're not limited to men, like the Naked Festivals of Japan).  Others go in costumes as Santa Clauses, Elves, Uncle Sams, or Power Rangers.  But most take off as many clothes as they can stand. 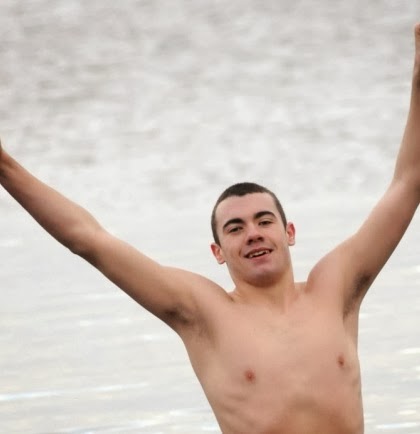 The rules are:
1. No full nudity (though occasionally skimpy thongs are ok, and sometimes they "accidentally" slip off).
2. No wetsuits (you have to be cold).
3. It only counts as a "dip" if you get your hair wet twice. 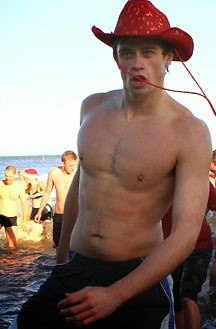 Afterwards the participants dry off, sip Bovril (beef tea)  and wait to see if they have won the prizes for bravest, best costume, and most donations.

Boxing Day Dips aren't gay-specific events, but they're a nice opportunity to see some beefcake during the most bundled-up of seasons, and give to charity.