An Astrological Guide for Broken Hearts: Can a Heterosexual Gay Guy Find Happiness with His Platonic Gal Pal? 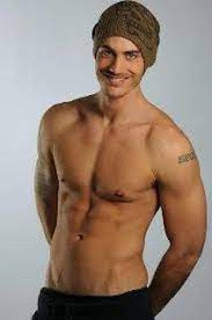 Single girl looks for love with the help of a gay bff, who has no life of his own.  Sounds like the plot of 99% of romcoms, and now the Italian tv series, An Astrological Guide for Broken Hearts.  The astrology angle is unique; who pays attention to birth signs and natal charts anymore?  On the off chance that gay bff Tio finds love, or --- heaven forbid -- he decides that he's actually straight, and hooks up with single girl Alice, I tried watching Episode #5, "Leo."  But the flashing scenes made no sense, so I started at the beginning. 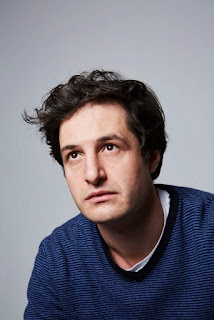 Scene 1:  Establishing shot of Turin, Italy.  Alice reluctantly climbs out of bed and goes to the bathroom (we see her sitting on the toilet -- gross!).  Flashback to a guy named Carlo (Alberto Paradossi) showing her an engagement ring -- but it's not for her, it's for his girlfriend, withi whom he's having a baby.  Alice is incensed!  She ducks out of the party, but sees him proposing through the window.

Scene 2: Walking through the city with a bottle of booze, Alice calls her friend Paola (who is in bed with husband Sandro) to fume with jealousy.  Carlo is her ex, who didn't want any commitments when they were together, but is hot to settle down with the new girl Cristina.  She stops on a bridge to yell "Fuck Carlo and Cristina!"

Scene 3:  At home, Alice watches romantic tv and eats popcorn and cries, then sits on the toilet (again!) and sends Cristina a text "Congratulations! I'm pissed."   When she wakes up in the morning, she sees a note on her board: "Important meeting 9:30!"  (Or you could put a reminder in your phone).  She rushes out into the rain (naturally), misses the bus, and finally arrives at the tv studio.  Cristina is her co-worker!  Of course. 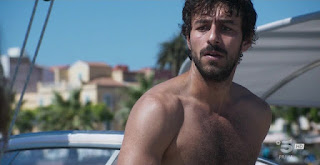 She tries to sneak around Hot Guy (Michele Rosiello), but he sees her and asks "Are you new?"  No, she's worked there for a long time, but she's so mousy and shy that no one notices her (also, she sneaks around people).  They do some Sam-and-Diane "you're arrogant!" bickering.

Scene 4:  It's time for the Important Meeting, so Alice decides to paint her nails in the conference room?  Weird!  Various colorful characters arrive, including her ex Carlo and Hot Guy, who says "Don't mind me.  I'm just here to observe."  Uh-oh, she insulted a Network Suit.

The purpose of the meeting: To congratulate Carlo and Cristina on their upcoming birth (Alice fumes) and to announce that the series "Wake Up, Turin" has been cancelled.  But not to worry,  most of them will go to work on a new show -- if they pass the evaluations conducted by Hot Guy, Davide.  Uh-oh. 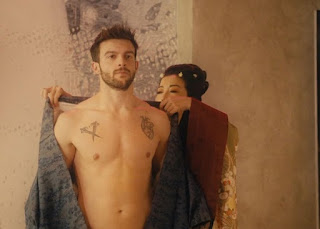 Scene 5:  Assuming that Hot Guy Davide is going to fire her, Alice rushes to the bathroom to sit on the toilet (third time in twelve minutes).  She starts a conversation with the guy in the next stall: Tio the Astrologer (Lorenzo Adorni), who is also an actor working on a soap opera at the studio.  She doesn't believe in "that bullshit," but she's willing to flirt with him.

Scene 6:  Alice's Ex Carlo invites her to brunch with Cristina, to discuss the "I'm pissed" text.  No way!  Tio swoops in to rescue her with "she's already committed to a brunch with me, to discuss my part on the show."  Alice has nothing to do with that show, but ok...

At brunch,  while the two flirt and moon over each other, Tio explains that all Libras are involved in tricky situations this month because Saturn (difficulty) is retrograde and Venus (love) is down.  But she can save face by claiming that she meant "I'm pissed that I missed the big moment."  I  could have suggested that without astrology.

Surprise!  Alice turns out to be an astrology buff: "I can't date a Scorpio, with his opposing Saturn!"

Scene 7: Alice calls her parents to see if she can move back home after she loses her job and can't afford to pay her rent (after ten years, you're still living paycheck to paycheck?).   Nope, they turned her room into a sculpture studio, and by the way, come and get your stuff or we'll throw it out, and congratulate Carlo for us!

Scene 8:  Alice meets her friend Paola (from Scene 2) at a bar.  Turns out that Paola is an astrology buff, too.  They discuss sun signs and the hotness of Tio.  When is he going to turn into the gay bff?  Right now Alice acts like he's the hunkiest hunk who ever over-filled a Speedo!

"Girl, it's been two years since Carlo dumped you," Paola says.  "Time to move on. Time to get fabulous and fierce!" Those are drag queen terms.  "Let the world know who you really are!"  She's going to come out as a lesbian?

They meet Paola's coworker Luca, who just got dumped by his girlfriend. Cute, but he's not interested.

Scene 9: Alice driving through Turin, dancing (while driving, which looks very dangerous) and flirting with a passing motorcyclist.  Wait -- if she has a car, why did she take a bus to work?  Whoops, the motorcyclist was Hot Guy Davide!  Humiliated, she sneaks into the office.

Uh-oh, no one told the crew that they have two episodes of the talk show to shoot, and no guests!  Alice grabs one of the crew members to be interviewed about his LP collection, while Hot Guy Davide looks on with disapproval.

Later, Tio texts her with her horoscope: "There's a possibility of a super-tempestuous romance today!"  She rushes to his dressing room, where he's in character as a Latin lover: "Hola, guapissima!"  (He's wearing a codpiece to produce a bulge.  Or is he just happy to see Alice?).

Scene 10: They have lunch and discuss the super-tempestuous romance.  Surely Tio meant with him?  Nope, he meant with Luca (Raniero Monaco Di Lapio, top photo), who texts on cue and asks for a date.  They discuss the characteristics of the Aries man.  The end.

Gay Characters:   In the original novel, Tio is gay, and I sssumed that he was gay here, too, because in the trailer he's wearing a flamboyant costume and giving Alice fashion tips.  But in this episode he's tongue-lolling, eye-bulging, absurdly heterosexual, and he and Alice approach each other as extremely hot-to-trot potential lovers, not as platonic friends.  Like Will and Grace, but more intense. In every scene they have together, one wonders how they can remember their lines when they're so obviously aroused.

Heterosexism:  All of the girls have boyfriends, except for Alice, who is miserable because she is single.