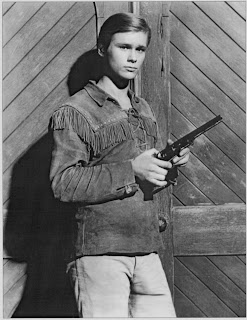 Speaking of Westerns, Brandon De Wilde became famous as the ten-year old kid who shouts "Come back, Shane!" in the iconic scene from Shane (1953), but he was a busy child star before that. 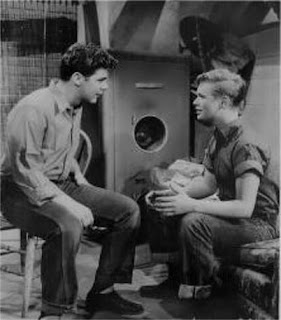 And he worked steadily through the 1960s, playing wounded, disturbed, and outsider teens and young adults who often enjoy homoromantic bonds.

With muscular sideshow performer Larry Kert on an episode of Alfred Hitchcock Presents (1961). 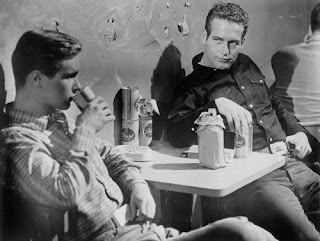 With hunky soldier Rich Jason on an episode of Combat (1966).

He never took off his shirt on camera, but there was plenty for gay boys look at, even without nudity.

Unfortunately, Brandon didn't get much play in teen magazines: he was small, slim, and pretty enough to rate attention, but he was married, then divorced, then remarried, and teen idols must be -- or pretend to be -- available.

He died tragically in an auto accident in 1972.
Posted by Boomer