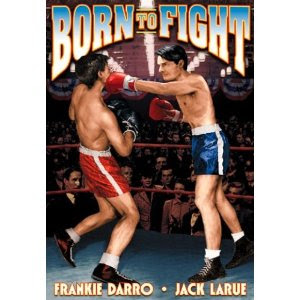 During the 1930s, boxing was America's sport.  Millions of people watched matches or tuned in by radio.  Champions like Jack Dempsey, Joe Louis, Max Schmeling, and Max Baer became superstars.  In the comics, Joe Palooka was more popular than Flash Gordon or Little Orphan Annie.  And there were dozens of films about fictional boxers and the men who loved them.

Born to Fight (1936) stars Kane Richmond as boxer Tom "Bomber" Brown, who goes on the lam after clobbering a gangster and falls in love with the homeless adolescent Baby Face (19-year old Frankie Darro).  They set up housekeeping -- Bomber cooks breakfast for Baby Face, asks "How did you sleep?" in the morning.  When they determine that Baby Face could make a good living as a boxer (after all, he already has the name for it),  Bomber starts taking 12-hour shifts at the gas station to pay for his training. 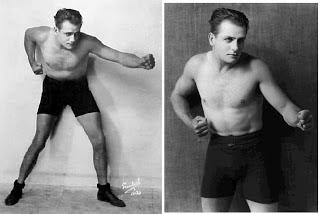 The two are amazingly expressive: they walk off with their arms around each other's waists, enfold each other in full-body hugs, sit pressed together on a bench, drawing their faces so close that they seem preparing to kiss.

Several years pass, while we see the standard boxing and backstage plot of fame and hubris, and they break up.  Then they realize how much they care for each other and reconcile with teary-eyed abandon. Homoromance is triumphant. 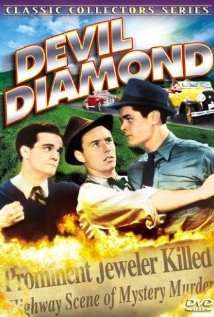 Devil Diamond (1937) reverses the plot, giving the teenager an unrequited crush on the man.  This time gangsters offer the boxing training to the adolescent Lee (Frankie Darro).  Living at a boarding house during his “training.” Lee becomes quite taken with fellow boarder Jerry Carter (Kane Richmond), a government agent working undercover, and though Jerry is not sure at first if Lee is accomplice, pigeon, or gunsel, he soon warms up to the boy and reveals his true identity.

Now sharing a secret life, the two spend many scenes heart-to-hearting and going on long walks together.  When Jerry begins courting a girl, Lee roils with jealousy.  What does he need a “dame” for?  Why can’t it be just the two of them?  One night Jerry fails to appear at the boarding house at his usual time, and Lee stays up late waiting, along with Yvonne (Rosita Baker), the landlady’s daughter.  Finally Jerry shows up:

Lee: [Anxiously] Where you been?  I’ve been looking for you.
Jerry: Out for a walk.  Want anything special?
Lee: [Hesitates.]  No. . .I just wanted to say hello.
Jerry: Okay – hello. [Goes upstairs.]
Yvonne: [Frustrated.] Is that all you wanted to say to Jerry?  Hello? 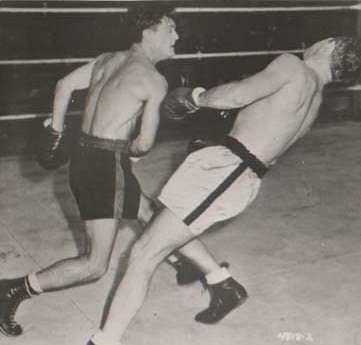 A moment later, Lee musters up his courage and scoots up the stairs after him, but even when they are alone together, he is altogether afraid to say whatever needs to be said.  He stares and stumbles, and mutters incoherently about wanting to become a junior g-man, until Jerry gets frustrated and asks him to leave.

Lee’s inability to express his interest in Jerry is counterbalanced by his very vocal disinterest in Yvonne: he rebuffs her with snide asides, tells her in no uncertain terms to “scram,” accepts a date with her only when Jerry offers to double.

The movie ends with the bad guys subdued and Jerry in a clinch with his girl, while Lee looks on in rather obvious distress.  There has been no physical intimacy, no exclusivity, no promise of permanence; the passion has been all one-sided.  Yvonne swoops in to kiss him on the cheek, and he grimaces as we fade out to dreams deferred.