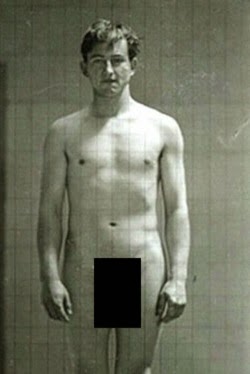 From 1940 to sometime in the 1970s, all incoming freshmen at Harvard, Princeton, Yale, and some of the sister schools, including future presidents Bill Clinton and George W. Bush, were photographed.  Naked.  Three shots: front, back, and side.   No black boxes -- penis in full view.

Classifying human bodies by size and shape, and determining how those shapes influenced personality.

They had already taken nude photos of 400 undergraduate men at the University of Chicago and 200 juvenile delinquents in Boston.  Hooten died in 1954, but Sheldon continued, photographing men in the military, in hospitals, in colleges, in prisons, until by the end of his life he had accumulated 200,000 photographs of men and 2,000 of women. 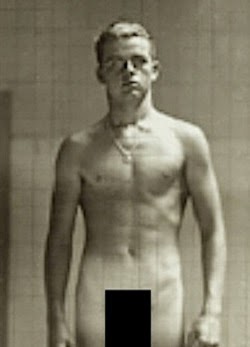 During the 1970s, Harvard was embarrassed by the study, and hid the photos away in a storage bin.  Eventually most were destroyed. See, you can't go around just taking pictures of random naked guys, even with a "scientific" goal.  It's a violation of their privacy.

But you can see some samples online, and several hundred in Sheldon's book, Atlas of Men (1954), with clever little taglines comparing them to animals: "paleolithic tiger," "dugongs and manatees."

Sheldon divided male bodies into three types: endomorph (fat), mesomorph (muscular), and ectomorph (skinny), and discovered that juvenile delinquents were likely to be mesomorphs, while Ivy League freshmen were more likely to be ectomorphs. 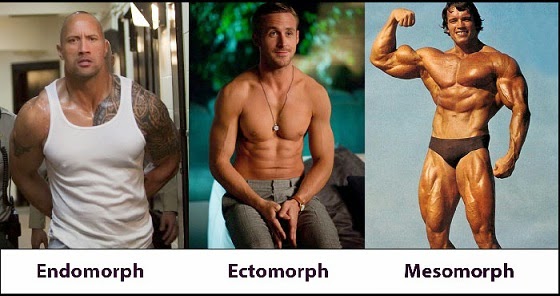 Also, ectomorphs are bigger beneath the belt.  Or at least it shows better.

Nice to know when you're cruising.

An obsession with taking nude photographs of young men.  Were Sheldon and Hooten gay?

Neither married women, but Hooten spearheaded the famous purge of Harvard "homosexuals" in 1920, along with his friend and roommate Lester Wilcox.

Maybe he was protesting too much.