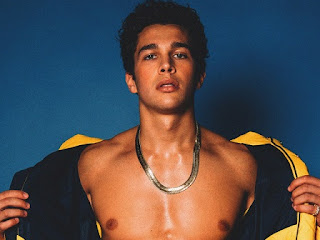 I'm not going to let the 2nd Generation debacle dissuade me from researching Charlie Gillespie.  His Superman-cape photo was mega-hot, and I'm pretty sure his character was gay or gay-coded.

Any other beefcake photos?
Any other gay roles?
Gay in real life?

Unfortunately, I couldn't find any biography at all, not even a single line, and every time I search for a shirtless photo, Google Images tries to push a photo of someone else.  Like Austin Mahone. 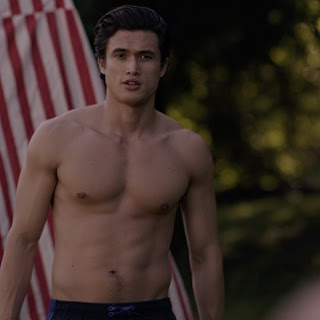 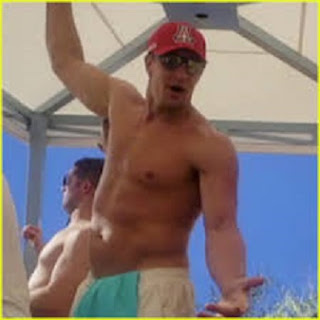 Or someone named Gronkowski who I've never heard of. 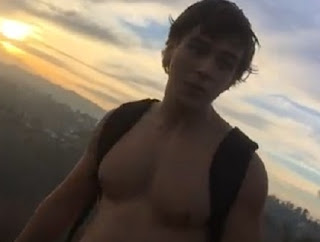 Do you think this might be him? It's a frame capture from a video uploaded to one of the Charlie Gillespie instagram pages. 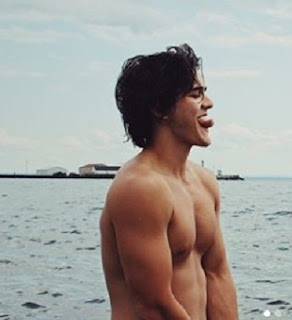 How about this guy, sticking his tongue out at a girl? (Obviously his girlfriend: they appear arm-in-arm, hugging, or groping each other n 3,543 other photos on the page.)

Well, at least I can go through his film credits, to see if there are any gay roles. 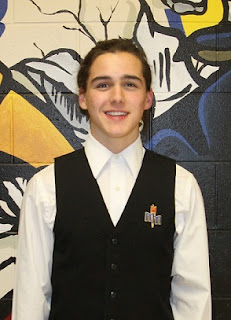 2. The film is La gang des hors-la-loi (The Outlaw League, 2014), a sort of French Canadian Bad News Bears, where the kids have names like Shogun, Charlemagne, and Pic-pic.

I don't understand why a French-language tv program is auditioning talent in English speaking towns. 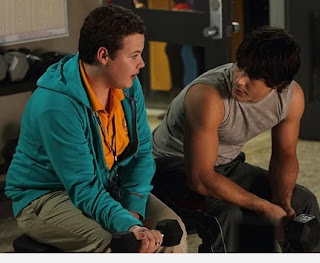 4. Fast forward two years to July 2017.  Charlie has a two-episode story arc on Degrassi: Next Class, a teen soap about students in a fictional Toronto high school.   He plays Oliver, hospital roommate of gay kid Tristan (Lyle Lettau).  But Oliver is straight.

Only two years ago, and Charlie looks a little chunky.  That might explain the lack of beefcake photos.

5. Another guest shot, on a November 2017 episode of The Next Step, about a teen dance troup in Toronto.  Charlie plays Marcus, a member of the math team who becomes captain when Zara leaves. 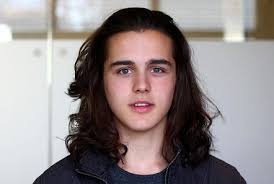 6. Next comes the 6 horrible episodes of 2nd Generation (2018), which required long hair for the androgynous effect. I think his character is gay-coded,but I can't be sure; that would require watching the tv series.

7. Speed Kills (2018) starred John Travolta as an aging speedboat racer (based on real-life speedboat champion Don Aronoff).   Charlie played his son, Andrew.  Since Travolta is 65 years old, his son must be in his 30s.

8.  A two-episode story in October 2018 on the new Charmed: he plays a college student who is dating Maggie until she dumps him.  When he's possessed by a demon, she saves him, but they still don't get back together.  There's a lot of kissing going on.

9. In January 2019, he appeared in the 6-episode miniseries I Am the Night, something about the Black Dahlia murder case in modern L.A.  Charlie appears only in the pilot as "Surfer Hank."  You can probably figure out what he's doing.

I'm sorry I started this research.  Not many beefcake photos, not gay in real life (if the tongue-wagger is the right Charlie), only one gay-coded role.

And I had such high hopes. The 2nd Generation  bait-and-switch strikes again.


See also: 2nd Generation: the Worst TV Series I Have Ever Seen