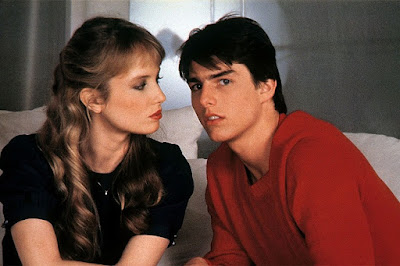 In  1983-84, I was in my second year of my M.A. in English at Indiana University, working at the Eigenmann Hall Snack Bar, living in an upstairs apartment in downtown Bloomington with my friend Viju, and hooking up with impunity: I was 22-23 years old, new to gay bars, and AIDS was just whispered rumor, with no connection to everyday life.  But I was still interested in a monogamous romantic relationship, so I expected every hookup to end with a date.  Some did; I managed to go to 20 movies in theaters that year, so many that I have to divide this list into two. 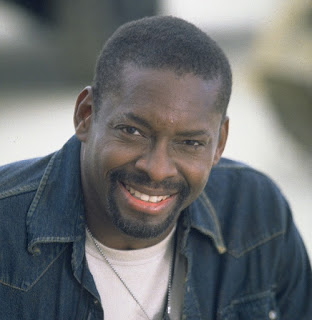 August: Risky Business. The movie that made Tom Cruise a star.  I don't remember what the "risky business" is -- a brothel, maybe? I just remember the racist, homophobic scene with the drag queen sex worker who shows up at high schooler Tom's house when he calls an escort agency.  Not to worry, he recommends a young, attractive female-presenting person who turns out to be the Girl of Tom's Dreams.  The drag queen, Jackie, is played by Bruce A. Young, who is heterosexual and masculine-presenting in real life.  In 1983, it took guts to play even an offensive stereotype gay character. 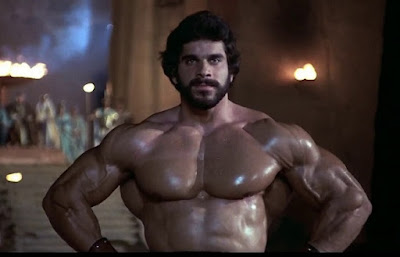 August: Hercules.  Bodybuilder Lou Ferrigno in a peplum-style sword-and-sorcery adventure.  He wins the Girl of His Dreams.  I would hook up with him, briefly, in a couple of years.

September: Educating Rita: my friend refused to go to this, assuming that it was a sex comedy ("Educating Rita in how to do it better"), but actually it's a My Fair Lady-style "opens a lower-class girl to the joys of academe" drama.  Michael Caine doesn't fall in love with Rita, and in the end, she's admitted to Oxford.

October: All the Right Moves.  We would see anything with Tom Cruise (sigh).  Of course we thought he was gay; who knew that he was actually homophobic?   This one is about a high school boy named Stef, who plays...ugh...football and wins the Girl of His Dreams.  Or something.  Who cared?  You got to look at Tom Cruise for two hours. 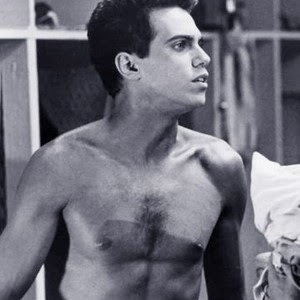 November: Running Brave.  We would also see anything with Robby Benson (sigh), even another sports movie.  A First Nations guy leaves the reservation to compete in the Olympics as a runner and win the Girl of His Dreams. 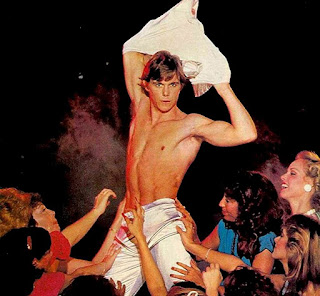 November: A Night in Heaven.  AND we would see anyting with Christopher Atkins, hoping that his full-frontal spot from Blue Lagoon would repeat itself.  Here he plays a college student who works as a stripper, and ends up falling in love with one of his customers, who happens to be his professor (a lady, of course).  Her husband does not approve.  No gay content -- Chris strips only for the ladies.  But at least he gives us a full-frontal scene.

December: Scarface.  A nauseating number of guys being machine-gunned to death.  I felt sick.  But Al Pacino as a modern day drug lord has ample buddy-bonding going on with his "mentor" Robert Loggia.   Ok, they betray each other, but what do you expect with the heterosexist mandate: all women are good and nice and kind, all men either brutish bullies or snakes-in-the-grass.