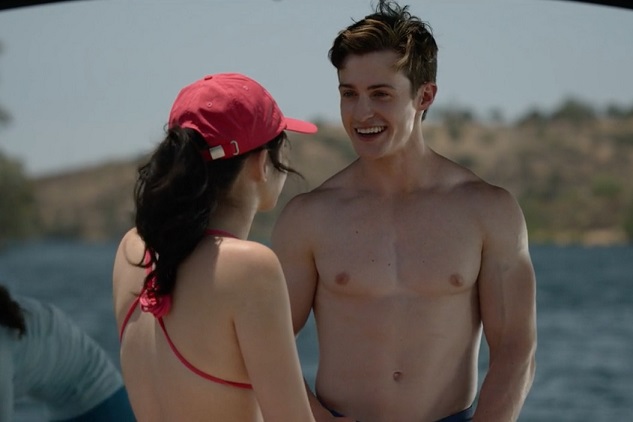 "The Lake," the last episode in this season of American Horror Stories, follows the AHS pattern of minimizing or eliminating LGBT representation.  In the first scene, three hot guys and three bikini-clad girls are on a boat, discussing how heterosexual they are.  Jake (Bobby Hogan) has a map of the village that was flooded to create their lake, so he and his sister dive down and look for souvenirs.  Suddenly a green tendril grabs him and pulls him into the muck.  He doesn't appear again, except as a corpse.  In fact, none of the cute guys appear again.  The story is all about sister Finn and her mother discovering the evil secret of the lake.

Heteronormativity nor no, I wanted more than just one scene worth of Bobby Hogan's chest and abs, so I researched him on IMDB and his instagram, looking for beefcake and evidence that he is gay. 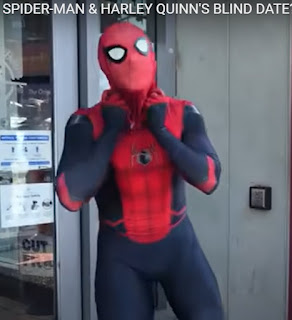 1. The Superhero Diaries, a 14-episode superhero parody.  He plays the Parody Spiderman in 7 episodess.  I watched some clips on Youtube: a date with Harley Quinn, and serenading Wonder Woman.  Depressingly heteronormative, but he displays a nice physique and bulge.

6. -7.Two projects in post-production.  Remy & Arletta, a Christian movie about two girls who are friends (not girlfriends), and Anamorphosis, a short about "a young woman working through her anxiety.

A Christian movie?   Not all Christians hate gays, of course, and some gays are Christian, but I'm pretty sure that inclusivity was not a major goal.

Still, a physique is physique, no matter how homophobic, so I'm pressing on to his Instagram. 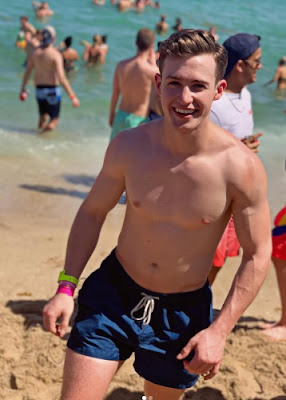 One of his fans responded to this photo with "Praise the Lord!"  Not a good sign when even your beefcake photos are religious. 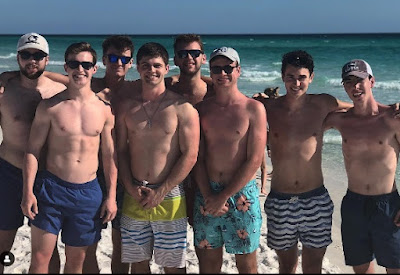 Hanging out with male friends in Miami Beach.  Bobby comments that they are all "hot emoji." 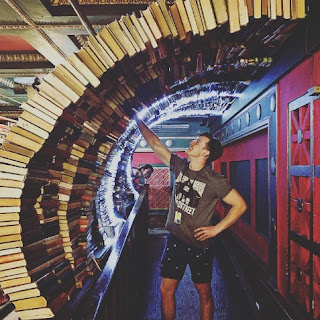 He plays a guitar in a huge auditorium in St. Louis, celebrates Christmas four times, browses in this very interesting bookstore, performs in Joseph and the Amazing Technicolor Dreamcoat, Thoroughly Modern Millie, Newsies, and On the Town.
He hugs girls, is kissed by two girls at once, and walks with a girl on his back.  He also hugs a boy twice. 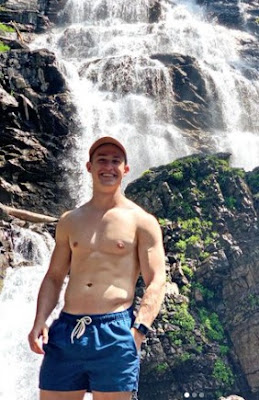 This photo has a girl telling him that he's too sexy, and a boy complaining that he is "showing them up."

An acting website gives us some biographical data: Bobby grew up in St. Louis, attended Chaminade College Preparatory School, and graduated from Belmont University with a BFA in Musical Theater in 2019.

Chaminade is Catholic, and Belmont is "Christ-centered," affiliated with the Southern Baptist Church until it broke away in 2007, so Bobby is doubtless straight.  Is it possible to get a degree in musical theater while homophobic?  Probably not, but he could certainly be heterosexist.