"So Not Worth It": Korean Sitcom with College Student Con Artists 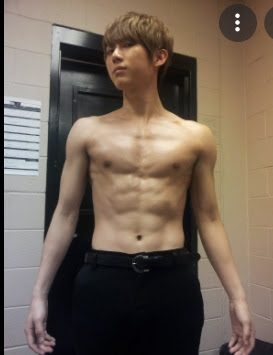 So Not Worth It is a Korean sitcom about college students in an international school in Seoul.  I watched Episode 1 to see if there were any gay characters.

Scene 1: The upscale plastic-and-glass lounge.  Some new students are introduced to Ms. Park Se-wan (played by Park Se-wan), the dorm resident advisor, who turns out to be scheming and manipulative.  When a girl is locked out of her dorm room, Se-wan offers to use the master key for 20 demerits, or break in for 10,000 won ($80).

Scene 2: Se-wan meets Jamie ("American freshman, interdisciplinary), who wants a single room with a private toilet so he won't have to share with other guys.  They don't have any.

Jamie is played by Shin Hyun-seung, who had his screen premiere in Be My Boyfriend (2021).  He's having a very busy year. 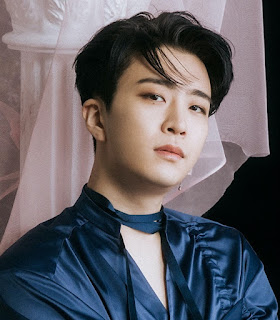 Carson is played by Carson, and Minnie by Minnie.  Sam is played by boy band singer Choi Young-jae, who may be gay in real life.  A google search revealed a tumblr post calling him a "Gay Legend."

Resident advisor/teen operator Se-wan arrives.  They criticize her old-fashioned phone with the cracked screen.  She grifts a lot of money, so why not buy a new one?  I guess it's more fun to con people: when newbie Jamie trips on her charger cord, she accuses him of breaking the phone, and he offers to buy her a new one. 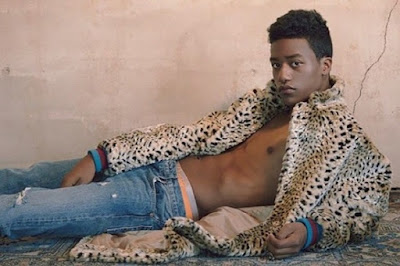 Scene 4: Two guys in a dorm room, and a third, Hyun-min ("Korean, sophomore, agriculture major") in a sleeping bag on the floor.

Hyun-min is played by Han Hyun-min, an African-Korean model and actor.

He's tired because he has a five-hour commute from Incheon every day.  Hans ("Swedish, grad student, anthropology") sympathizes, but says that he can't stay there every night just because he's friends with Terris ("from Trinidad, grad student"): it's against the rules.

Fortunately, Terris is moving in with the girlfriend he just met, and he needs someone to stay in the dorm and pretend to be him.  How about the other black guy at the school?  The Professor can't tell them apart (they just have one professor?  But they're in different fields).

No.  Hans points out that it's an international dorm.  No Korean citizens allowed. Rules are rules. 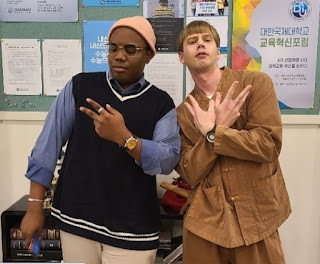 Terris is played by Terris Brown, who grew up in New York, studied Korean at the University of Hawaii, and eventually moved to Korea, where he has done mostly radio and tv work.  Hans is played by Joakim Sorensen, originally from Sweden, but living in Korea for the past nine years.

Scene 5:  Resident advisor Se-wan demands that Newbie Jamie hand over the money for her new cell phone.  He doesn't have it right now, so she threatens to beat him up.  I assume that they'll be a bickering Sam-and-Diane couple.

Scene 6:  The three girls in their dorm room, discussing whether Se-wan has intimindated Jamie enough to make him pay for the phone.  Minnie the Fashionista rushes out to the club after discovering that the famous actor Hyun-Bin is there!

Scene 7:  In the international dorm.  Hyun-min wakes up to the alarm at 7:00 am. He's thrilled that he got to sleep in.

Hans arrives, angry with him for staying there, planning to report him to Se-wan.  Hyun-min grabs and hugs him: "I'll do anything.  I'll clean the room.  I'll do your laundry..." But Hans is adamant.

Scene 8: Se-wan and Jamie working at a factory, loading cases of a soft drink ("soul that wins the heart") onto a truck.  He drops a case, and the supervisor yells at Se-wan for bringing him in.

Later, they go to work in a restaurant, but Jamie drops a huge bowl of noodles onto a customer.  Again, the supervisor yells at Se-wan.  She starts to get a change of heart: "I thought he'd slack off by now, but he's working hard." 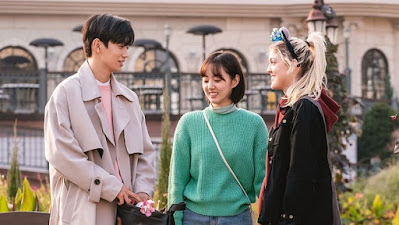 Scene 9:  The guys in the lounge, playing Jenga.  Carson enters, irate because someone stole her umbrella.When she finds him, she's going to kill him.  The guys are aghast.  Sam gossips: "Whoever took it is screwed.  Her Dad is a mob boss in Chicago."  Uh-oh, Hans remembers taking the umbrella by accident.  Then losing it!  He's literally going to be killed by the gangster's daughter!

Scene 10: At the restaurant, Se-wan and Jamie on their lunch break.  Why is Jamie eating so little?  Jamie: "I don't feel well."  Se-wan: "Too bad.  We still have two more jobs to do today.  This is how we survive in Korea, so get used to it."

Scene 11: Carson posting a sign offering a reward for tracking down the umbrella thief.  Sam the feminine lackey thinks she is over-reacting. Hans starts to confess, but changes his mind; he doesn't want to be murdered.

Meanwhile, Terris and Hyun-min discuss how to convince Hans to let Hyun-min stay in the dorm room.  They notice Hans being nervous around Carson, and deduce that he took the umbrella.  Ah-hah, a plan!

Scene 12:  The dorm room.  Hyun-min gets Hans to confess that he took the umbrella, then lost it.  They look for it, but just get soaked from the rain. So they go down to the lounge, and Hyun-min starts to confess.  He's going to take the fall!  Then Minnie the Fashionista arrives with the umbrella.  That plotline ended with a whimper. 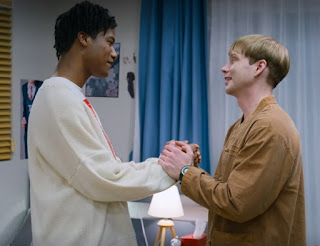 Scene 13:  Se-wan and Jamie working at the restaurant. More noodles spilled on heads.

Meanwhile, Hans and Hyun-min in the dorm, holding hands: "You were going to sacrifice yourself for me!"  They hug.  Hans is crying with joy.  Hyun-min grins smugly; he got what he wanted, permission to stay in the room.

Scene 14: Leaving the restaurant at the end of their shift.  Jamie hands his pay to Se-wan to cover the "broken" cell phone.   Then he collapses.

In the ambulance, Se-wan feels guilty for working him too hard, and confesses that her phone screen was already broken.

The doctor determines that he hasn't used the bathroom for a week (he said he didn't like sharing, but this seems absurd).  So he wasn't being overworked, he just had to...um...go.  I can't believe that Jamie's plotline was about poop. 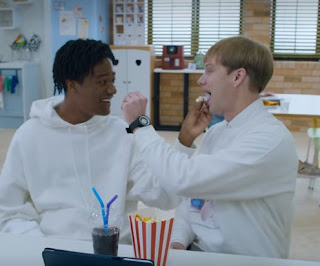 Scene 15:  Hyun-min and Hans being boyfriends, sharing a soda (with two straws), feeding each other popcorn.  But Hans still tattles to Resident Advisor Se-wan about the rule violation! "You're a giant asshole!" Hyun-min exclaims.  "I even got on my knees for you!"  Really?  How big was he?

Se-wan: "You can stay in the room.  Rules are rules, but people are more important." She glares at Hans.

Hans slinks off in disgrace.  Se-wan chuckles; she was not being altruistic at all!  "Now I own you, Hyun-min."

Scene 16: Jamie and Se-wan on the bus.  She's asleep, so Jamie makes a phone call: "It's working out fine.  Nobody knows my secret, and I'll make sure no one ever finds out."  Maybe don't say that with Se-wan right next to you?

Diversity:  It was interesting to see non-Asian actors speaking fluent Korean, but there can't be that many available, leading to some bad over-acting.

Friendship:  I didn't see any.  Everyone seems to be sneaking around, pursuing their own goals, willing to betray each other with nary a qualm of guilt. 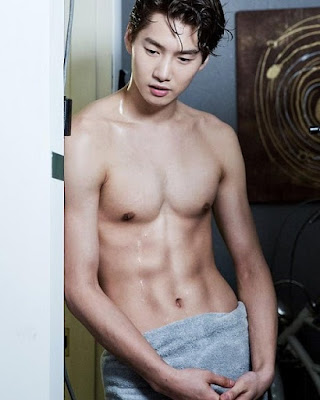 Gay Characters:  No one except Terrill expresses heterosexual interest, but I'm guessing that the only gay character is Sam.  He's feminine, and he had no plotline of his own.

Nope: I checked.  The last three episodes have a whole coming-out plotline, with Il-seob (Lee Jae-joon) gazing at one of the boys, saying "You look nice tonight," telling Gangster's Daughter Carson "I'm interested in...um...someone, but..."  and getting her advice to "Follow your heart" and some matchmaking: "Yawn...I'm tired.  I think I'll leave the party early.  Why don't you guys walk each other home?"  But no g-word and no kiss.  I'm not telling who is boyfriend-in-the-making is, but it's not Sam.