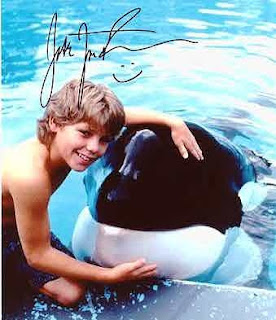 Several of the boys who starred in various Neverending Stories had brief but memorable teen idol careers. Born in 1980, Jason James Richter was already famous before playing Bastian in Neverending Story III (1994) for his role as Jesse, best friend of the killer whale in Free Willy (1993). 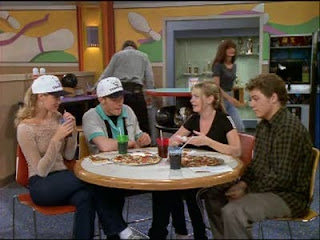 The Free Willy franchise lasted through two sequels (1995, 1997).  Meanwhile Jason was busy in a caper movie (Cops and Robbersons,1994), a sci-fi thriller (Laserhawk, 1997), and some tv, including the teen favorite Sabrina the Teenage Witch.

With all that acting exposure, you'd expect the teen magazines to be gushing in ecstasy and filling their pages with shirtless photos, but they virtually ignored Jason -- only a few shots, none shirtless. Maybe it was because he was a little. . .um. . .chunky, not thin and androgynous or a man-mountain in training.

But most gay boys couldn't care less about a few extra pounds.  He had a nice smile, and he had lots of roles that minimized girl-craziness to emphasize platonic friendships with giant aquatic mammals and elderly Native Americans. 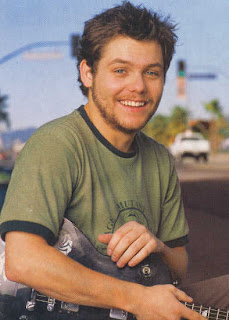 Jason still acts on occasion, but recently he has been concentrating on his music.  He plays bass guitar for a band called Fermata.  He is no longer chunky, but he still has a nice smile.