The Windsors: Royal Gossip and Beefcake 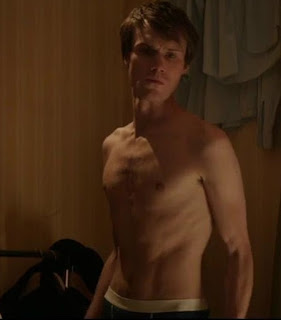 I rather like The Windsors (2016-).  It's raunchy and silly, but endearing, an exaggeration of the foibles of the British royal family, told as a soap opera.

The central figures, Wills and Kate (Hugh Skinner, Louise Ford), are rather nice, except Wills doesn't want to be king.  The problem is, Wills doesn't know how the outside world works, like you have to pay for things and open doors for yourself.

Hugh Skinner is attractive, in a square-jawed fairy-tale prince way.   He's done a lot of British tv, including Our Zoo, W1A (About the inner workings of the BBC), and Poldark 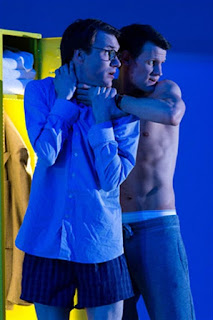 He's played a gay character at least once, in the stage version of American Psycho. 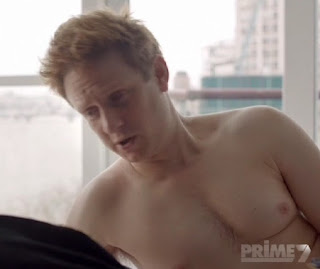 Harry (Richard Goulding) is a good-natured dolt, mega-stupid, working at odd jobs like apprentice window washer.  He's in love with Kate's sister Pippa (Morgana Robinson), who is trying to weasel her way into becoming queen by seducing Wills or Harry or both.

Richard Goulding is primarily a stage actor, performing with the Royal Shakespeare Company beginning in 2007. He played Prince Harry in the stage play King Charles III, which was adapted into a 2017 tv movie. 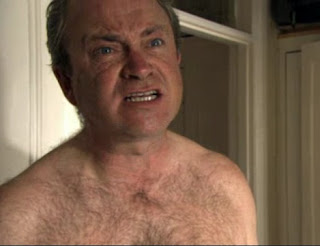 Charles (Harry Enfield) is obsessed with "being king first," while his wife Camilla (Hadyn Gwynne) is a scheming soap opera villain, trying to sabotage the lives of his children. 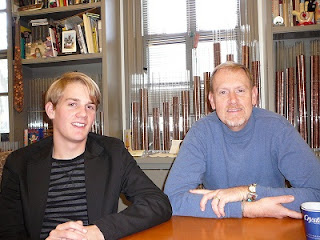 Meanwhile Fergie (Katy Wix), persona non grata since her divorce, schemes to get back into the family.  Her daughters Eugenie and Beatrice (Ellie White, Celeste Dring) are forced to get jobs ("I couldn't stand the 12-3 Tuesday-Thursday rat race!).   Prince Edward (Matthew Cottle, seen here with his son Devon) keeps trying to make a few quid at odd jobs. 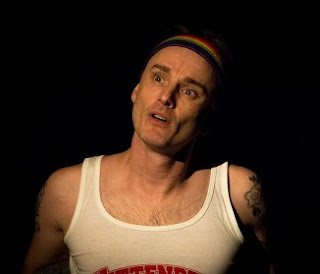 Meanwhile the ghosts of past kings keep appearing to offer Wills advice.  Look for "anarchist drag performer" Dickie Beau as the gay James I.  Otherwise not a lot of gay references, but the beefcake is ample.