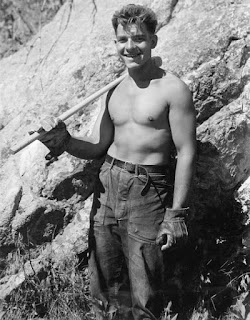 1933:  The heart of the Great Depression.  40% of the U.S. population is out of work.  President Roosevelt, just  inaugurated March 4th, promises a New Deal full of federal programs designed to get the economy started again.

Among the unemployed are many buffed young twinks, aged 18-25.  Roosevelt tries to think of a way to get them photographed with their shirts off in those days before the physique magazines.

He comes up with the Civilian Conservation Corps, the CCC, who would be housed in work camps while engaging in federal improvement projects. 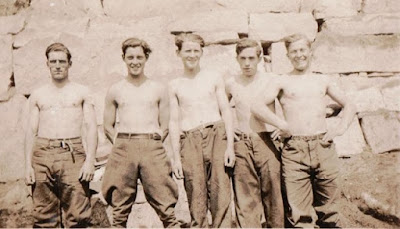 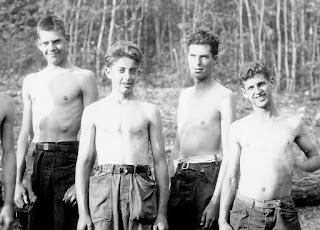 The CCC workers were unmarried (i.e., available), usually living at home and helping to support their parents.  They signed on for six months, with the option of returning for up to two years.

Apparently they weren't provided with shirts. 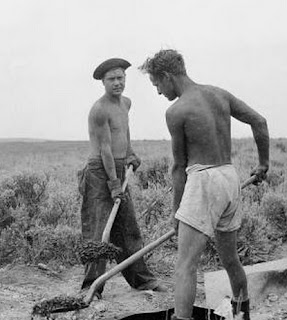 Their projects were diverse, involving soil conservation, making trails and shelters in state and national parks, building wildlife refuges, fighting fires, Here the CCC boys are at work on controlling the Mormon crickets that swarm in Nevada and Utah.  (Mormon cricket is the name of the species.) 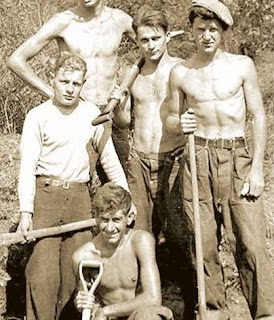 Here they're posing with shovels in Bradford, Pennsylvania.

More after the break 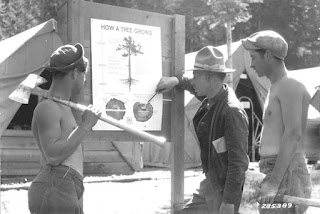 The CCC Camps were organized like army camps, with barracks, mess halls, recreation halls, and camp stores.  There were lots of educational opportunities -- many CCC boys learned to read in the camps.  Here some Jewish boys from New York City learn about how a tree grows. 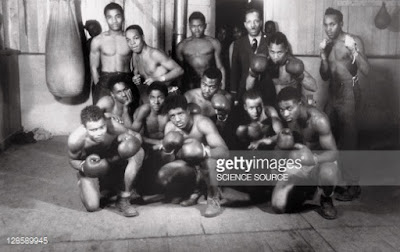 Plus sports and other recreational activities.  This is the Camp Vermillion boxing club. 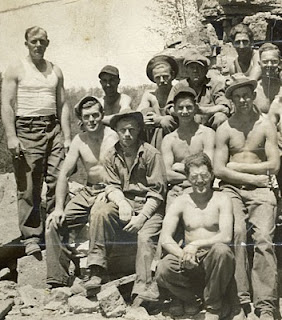 What the millions of men who served in the CCC remember most is the camaraderie, the life-long friendships formed. And the buffed physiques glistening in the sunlight.

Seriously, were they provided with shirts?

The CCC kept going until 1942, when young men were needed in the War.  Many of the camps were turned into internment camps for Japanese-Americans.