"The Eternals": The First Gay Character in a Marvel Movie, Plus Conversations in Ancient Babylonian 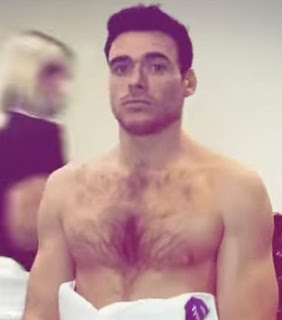 I have seen The Eternals (2021), the first movie in the Marvel Universe to depict a gay character (although the comic books have been doing it for years).  It is a very plot-heavy movie, with characters not given enough time to distinguish and lots of unjustified squabbles.  Maybe a trilogy would have been more appropriate.

The premise: A Celestial (God) creates a group of Eternals (immortal superheroes) and gives them the task of saving humans from Deviants (monsters). I found the name Deviant disturbing, since it actually refers to someone who breaks a social norm, especially a sexual norm, and historically it has usually been applied to gay people. 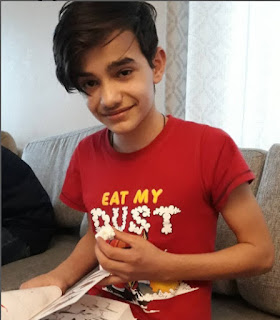 So the Eternals appear in Neolitic Mesopotamia and save villagers from some monsters by zapping and pushing them out of the way. I'm not sure who has what power, or if they all have everything.  When the monsters are all toast, an Eternal gives a Neolitic boy (Zain Al Rafeea)  an ornate knife, which one expects to become important, but the plotline is dropped.

Too bad -- 18-year old Zain Al Rafeea has an interesting biography.  A Syrian refugee, he was discovered on the streets of Beirut by director Nadine Labaki.  He was cast as the star of Capernaim (2018), for which he won five "best actor" or "breakout actor" awards. He and his family have since settled in Norway.  The Eterrnals is only his second movie role.

On through the centuries, with Eternals zapping monsters but not allowed to do anything else to help humanity.  Really, how many people could be killed by a handful of monsters, compared to drought, disease, earthquakes, wars, and general evil?  They chafe at their limitations, and finally, at the fall of Tenochtitlan in 1521, they split up.  Or else their god tells them that the coast is clear, they've killed all the monsters. 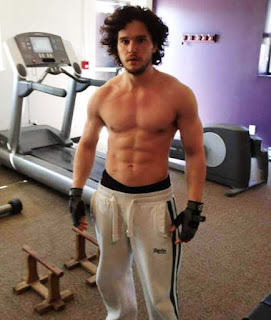 Sersei (sounds like Circe) and Ikarus (the boy who flew too close to the sun)(Richard Maden, top photo) live as romantic partners for several generations, before Ikarus leaves the planet.  Sersei becomes a biologist working at the British Museum, and dates a mortal named Dane (Kit Harrington, left).  She also "adopts" Sprite, who is a perpetual child, but sometimes can appear in adult form or something.

I don't know what Ajak does.  (Sounds like Ajax, but a girl).

Kingo (Kumali Nanjiani, below right) becomes a Bollywood star.  So he was created as South Asian in 7000 BC, long before the Indo-Aryans settled in South Asia?  He is flamboyantly feminine, so I figured he was gay, and actually he doesn't display any heterosexual interest. 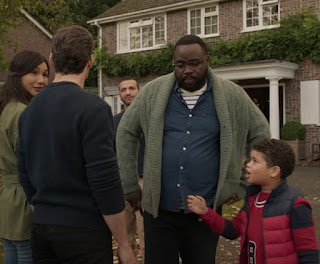 Phastos (Bryan Tyree Henry) settles in America, where he gets married, buys a house, and starts a family, the whole heterosexist American dream, except that he has a husband. not a wife.  It's not hidden: they have two scenes together, and kiss.  Nothing like the extensive groping, grabbing, and tongue-swallowing of Ikarus and Sersei, but 100 times more than anything Marvel has shown on screen before.

Makkari, who is deaf, hangs out in a Dom in the ruins of a Babylonian city.  Why create a superhero with a disability? 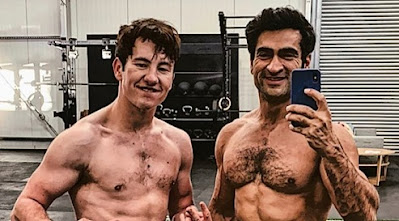 Druig (Barry Keoghan, left) has a strong Irish accent, even though he was created thousands of years before there were Irish accents, or Druids.  He settles in the Amazon to help the descendants of the Aztecs.  Wait -- wrong continent. 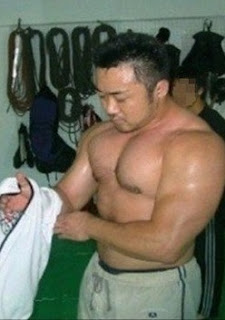 Gilgamesh (Ma Dong-seok) settles in the Australian outback with another Eternal, maybe Thena (Athena, get it?), who suffers from an Eternal-only mental disorder.

In the present, things start to go terribly wrong.  Deviants return, only now they're sentient. Some of the Eternals go to the Dark Side.  Others have to be convinced to come out of retirement and join the team (this happens in virtually every Marvel movie).  Old rivalries that we didn't know about surface again.  Unrequited crushes that we didn't know about surface again.  Their God is not what he seems.

And the writers keep confusing "millions" and "billions."

It's all very confusing, but at least there are fun references to other Marvel characters and events.

And there is an extended scene set in ancient Babylonia, where conversations take place in Babylonian (actually Akkadian, but why quibble?).  they hired an Akkadian expert to translate, which turned out to be problematic. We have many legal and religious documents in the dead language, but nothing colloquial.  They probably used a phrase similar to "May I help you?", but they never wrote it down.  See this interesting article in "The Conversation."

My Grade: A for the gay character and ancient Akkadian, D for the convoluted plot.