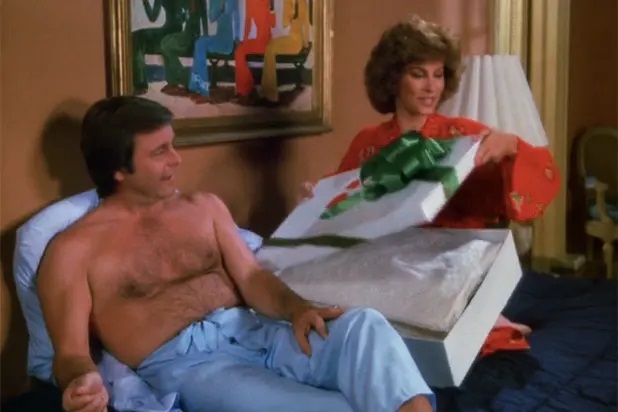 The whodunit Hart to Hart (1979-84) just dropped on Amazon Prime, bringing back a blast of memories of my undergrad years at Augustana College and my first years in grad school at Indiana University. Even though I never saw a single episode, or even a single scene, that I remember.  I  I didn't like mysteries in general, and this one seemed to be just keying in to the 1980s love of excess that we saw on Dallas, Falcon Crest, Dynasty, and Lifestyles of the Rich and Famous. So why do I remember the series intro so well?

An extremely elegant man and woman (Robert Wagner, Stephanie Powers) zoom matching fancy cars down a road while holding hands. The voice over explains who they are: 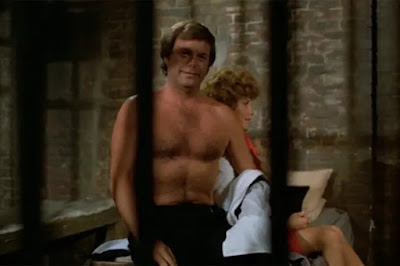 "That's my boss, Jonathan Hart, a self-made millionaire.  He's quite a guy.  That's his wife, Mrs. Hart.  She's gorgeous."  So men are judged by the money, and women by their attractiveness?  How sexist.  And "gorgeous ladies" are a  major turn-off.

In the second season, they added: "She's one lady who knows ho w to take care of herself."  So she knows self-defense?  Doesn't detract from the gorgeous lady turn-off.

"My name is Max.  I take care of them.  Which ain't easy, because their hobby is...MURDER!"  Apparently audiences believed that the duo actually killed people, so in the second season the line changed to: "When they met, it was...MURDER!"

It's not as if I watched the intro before turning off the tv or leaving the room.  On Tuesday nights we watched Three's Company  at 8:00 pm (John ritter pretending to be gay so his conservative landlord would let him share an apartment with two girls).  At 8:30, ABC always broadcast a terrible filler series that nobody watched (Too Close for Comfort, 9 to 5, Oh Madeline, Shaping Up)   So I was gone long before Hart to Hart started at 9:00.

Maybe it was just part of the zeitgeist.

According to Decider, my refusal to watch Hart to Hart was misguided: it was actually designed "for the gays": "1980s elegance, hairy chests, deliciously bad puns, and campy action."

Could we get back to that hairy chest part? 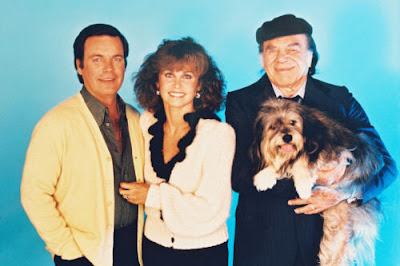 The executive producer and most of the writers were gay, including Boys in the Band Matt Crowley.  No gay characters, of course; they were simply not allowed on 1980s tv except in "very special episodes."  No significant buddy-bonding: the only regular characters were Jonathan, Jennifer, and Max (the guy who "takes care of them.").  But I'll give it a try.