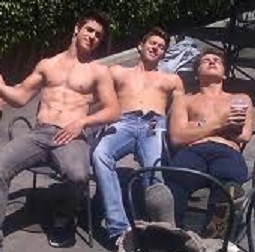 With all the beefcake on the Disney Channel's Wizards of Waverly Place (2007-2013),  it was easy to ignore Dan Benson.  He's the one in the middle, squeezed between David Henrie and Greg Sulkin, with his pants undone. 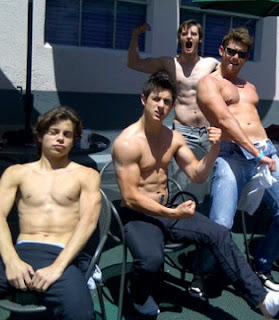 Here's a closeup of a pic on the Wizards of Waverly Place post, with David Henrie and Jake T. Austin.

Dan is as buffed as his costars -- he tweets that he can do "100 pushups a second" --  and is just as fond of homoerotic horseplay, but onscreen he de-emphasizes his hotness so you'll notice his acting.

Born in Springfield, Missouri in 1987, Dan and his brother Nick  were discovered by a scouting agency in 2002 and flown to California, where they began working in commercials and feature films.  After a starring role was in Little Black Book (2004), Dan made the rounds of Disney/Nickelodeon teencoms, appearing on Zoey 101 and Phil of the Future (with Raviv Ullman). 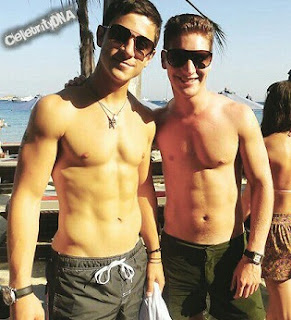 In December 2007, he was hired to play "Zack," a boy that the teenage wizard Justin (David Henrie) encounters at the movies on a episode of Wizards of Waverly Place.   The producers were so impressed by the actors' chemistry that they made "Zeke" a recurring character, Justin's best friend to counterbalance the strong bond between his sister Alex and her bff Harper. 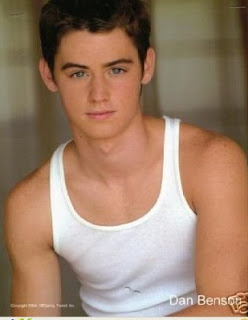 Bucking the tradition of the best friend being merely an unrestrained version of the main teen, Zeke developed into his own unique character, with interests that had nothing to do with Justin. In fact, in later episodes he began hanging out with Max (Jake T. Austin) more than Justin.   Gay-vague, he displays little hetero-horniness, except late in the series where he is hooked up with Harper, apparently in an attempt to heterosexualize him.

Outside of Wizards, Dan's work has also minimized heterosexual interest to up the gay subtexts.

Doers of Coming Deeds (2006) is about three members of the Hitler Youth in Nazi Germany who befriend a Jewish family.

In The Rig (2010), crew members of an off-shore oil rig fight a monster.  Dan plays Colin Brewer, a crewman who is killed after telling his brother (Stacey Hinnen) "I love you." 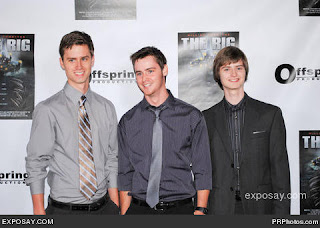 He also starred in Hanna's Gold (2010), a "family" drama about two troublemaking girls sent to a ranch run by Luke Perry.  His character, Luke, helps the girls search for buried treasure but doesn't romance them.  In fact, no one romances anyone, though the two bad guys they encounter could be a couple.

His brothers, Michael and Nick, are also actors (seen here at the Rig premiere).