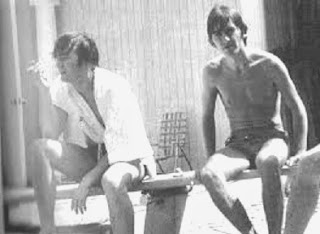 Well, not really homophobic -- the Beatles never acknowledged the existence of LGBT persons in their songs or in any public statements.  But some of their songs go overboard with the "girl! girl! girl!" rhetoric, promoting the heterosexist mandate that same-sex relationships are invalid, that men's lives begin and end in the arms of Some Girl. 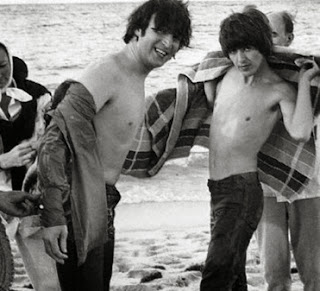 3. "You've Got to Hide Your Love Away" (1965).
Many people think that this song has to do with gay people forced to "hide," maybe a reference to manager Brian Epstein, who was gay.  But "she" is definitely gone, leaving "him" feeling depressed and beset-upon.

And even if you can find gay people submerged among the "boy loses girl!", hiding your love away is the antithesis of gay liberation. 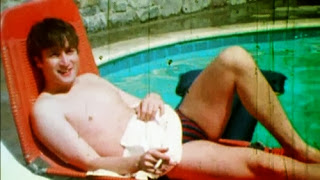 5. "She Said, She Said" (1966)
A conversation between male and female lovers about the loss of innocence.  Sexual innocence, probably: "When I was a boy, everything was alright," but now "I know what it's like to be dead."  But it's too much of a stretch to find him mourning the loss of his elemental homoerotic connection with men. 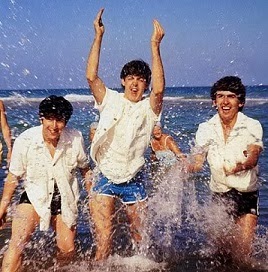 6. "Lucy in the Sky with Diamonds" (1967)
You travel through a psychedelic dream landscape, looking for the "girl with kaleidoscope eyes," but every time you think you've found her, she's gone. Sounds like the quest for the Eternal Feminine.

7. "Back in the USSR" (1968)
Well, the Ukraine girls really knock me out, they leave the West behind.
And Moscow girls make me sing and shout, and Georgia girls are always on my mind! 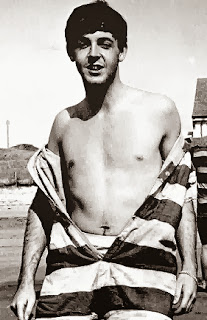 9. "She Came In through the Bathroom Window (1968).
Female dancer with an aristocratic background falls for a police officer, so he quits his job, etc., etc., etc. Yawn.

10. "For You Blue" (1970).
A reprise of their boy-band songs from the beginning of their career: because you're sweet and lovely, girl, I love you.  Wraps things up nicely in an endless loop of desire, fulfillment, and loss, all of the "boy-girl" variety.

But not to worry: lots of Beatles songs are gay-positive, too.  Check out my list: